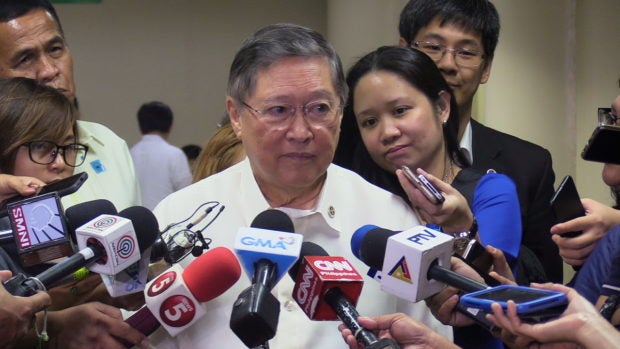 “Estimates I’ve seen is that if it really turns out bad, we will probably see a hit of about 3/10 of one percent of our GDP growth rate,” Dominguez said during a press conference on 118th anniversary of the Bureau of Customs when asked about the risks in the country’s revenue amid the nCoV scare.

Dominguez clarified that the country will not experience bankruptcy over the ongoing threat of the novel coronavirus, which already infected three Chinese nationals in the Philippines.

“But we are not teetering on the edge of bankruptcy, we have a really resilient economy,” Dominguez, the head of President Rodrigo Duterte’s economic team, said.

Currently, the Finance Secretary said areas in tourism will be the most affected by the 2019-nCoV outbreak, especially the airlines industry.

He also noted that the country’s sales could also take a hit if some factories in Wuhan city of Hubei province in China, where the nCoV originated, will be closed.

“We don’t know how much of the factories are really closing because that would affect our sales,” the government official said.

Customs Chief Rey Leonardo Guerrero said some Chinese importers failed to deliver their exports from China, citing lack of manpower due to the deadly virus.

“Because of the nCoV, some of them had to extend their vacation for another 10 days so because of that we receive reports from some importers that they could not ship their exports from China to the Philippines  because of lack of manpower,” Guerrero said during the press conference at the Bureau of Customs headquarters.

The Customs chief noted that the vacation of Chinese workers were already extended as some of them went on vacation during the Chinese New Year last Jan. 25.

Guerrero, however, did not mention how this development could affect Customs’ revenue target.

In China, latest figures showed that more than 600 individuals died while at least 31,000 were infected due to the new coronavirus.