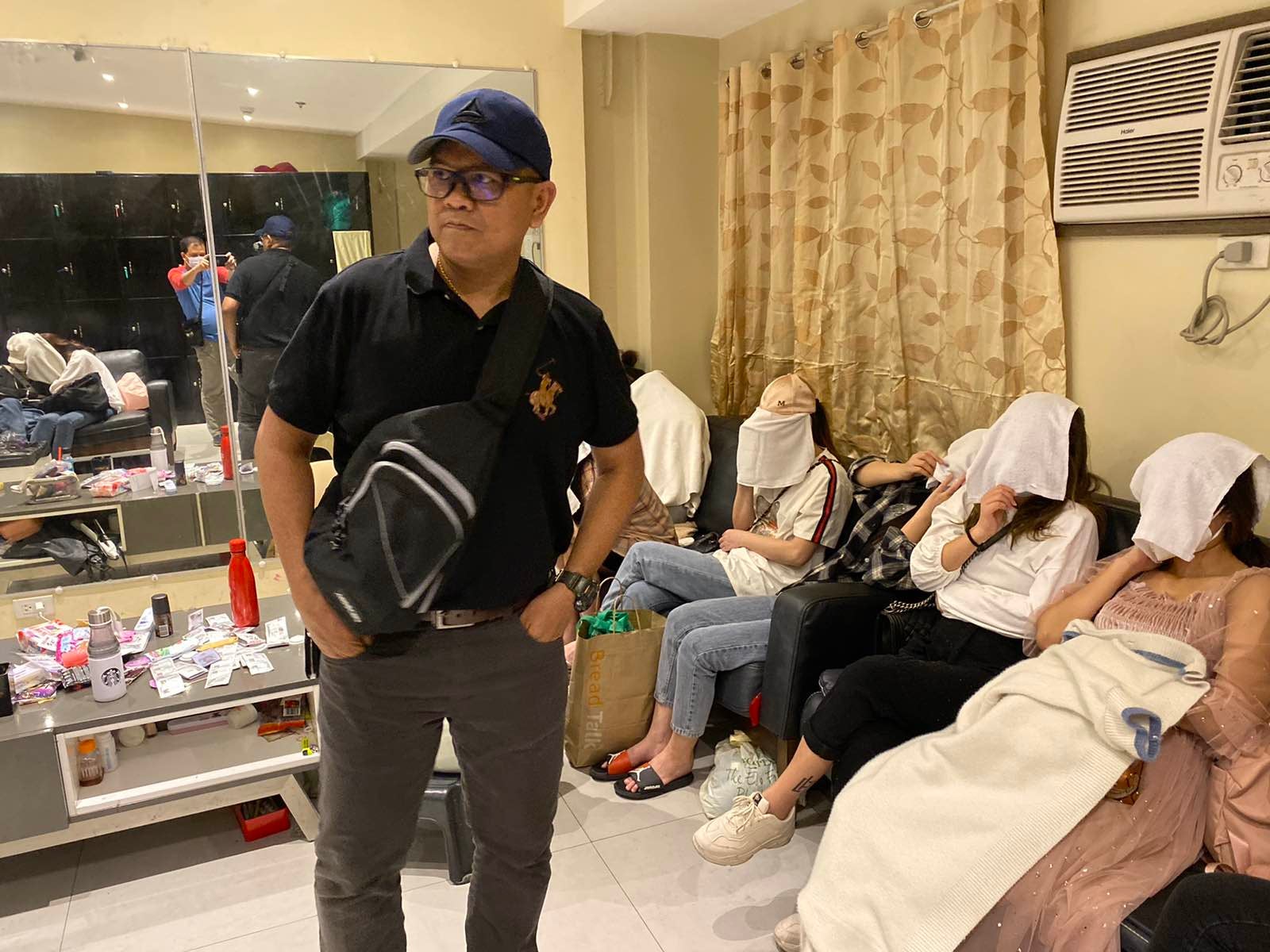 The Southern Police District said the operation was hatched after a tip from a concerned citizen was received regarding the illegal activities in the hotel along Guerrero Street in Barangay Poblacion.

Police said 11 Filipino women, who are working as massage therapists on the second floor of the hotel were also taken into custody.

The women were brought to the WCPC office at the Philippine National Police headquarters for proper disposition.

Authorities also found eight Chinese customers who were turned over to WCPC for further investigation.

Police said the maintainers of the bar were not present during the operation.