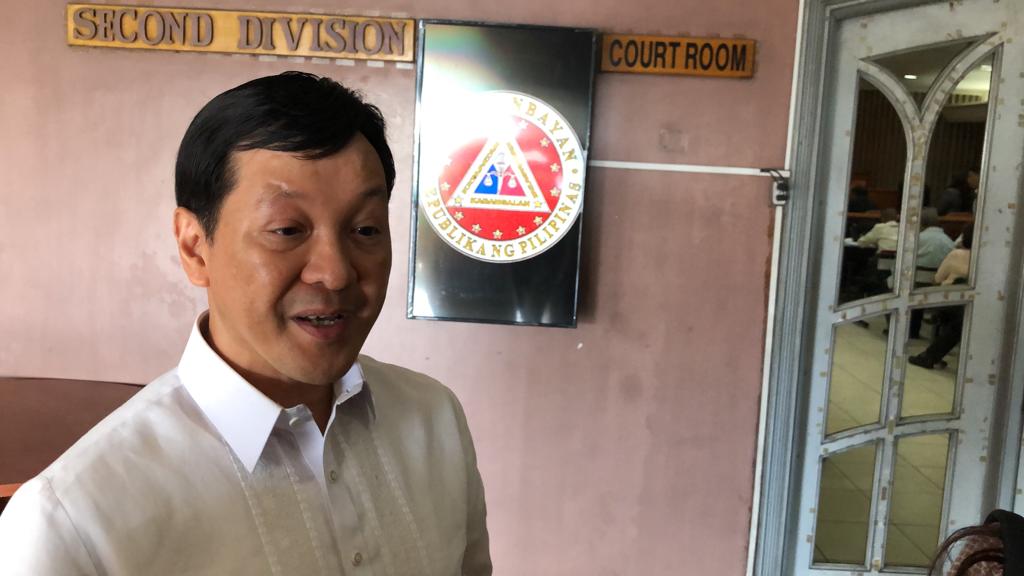 The Sandiganbayan has convicted Al Vitangcol III, former general manager of the Metro Rail Transit (MRT) 3, of graft and of violating the government’s procurement law in connection with the contract worth $1.15 million monthly for the maintenance of the commuter line eight years ago.

In a 45-page decision dated Jan. 31, 2019, but released only on Thursday, the Sandiganbayan’s Third Division sentenced Vitangcol to up to eight years in prison for graft and the same period of imprisonment for violating the Government Procurement Reform Act.

He was perpetually disqualified from holding public office.

The court also convicted his coaccused, Arturo V. Soriano of PH Trams, uncle of Vitangcol’s wife and an incorporator of PH Trams, and imposed the same sentence on him.

PH Trams/CB&T Joint Venture maintained the newly installed components of the MRT 3 under the $1.15-million monthly contract for six months, starting October 2012. The contract was renewable at the option of the procuring entity.

“Vitangcol clearly gave unwarranted benefit and advantage to PH Trams when he concealed the fact of his relationship with coaccused Soriano, one of the incorporators of PH Trams,” the Sandiganbayan said.

“[B]ecause of this nondisclosure, PH Trams eventually bagged the interim Maintenance Contract from the Department of Transportation and Communications (DOTC),” it added.

According to Section 47 of the procurement law, heads of agencies are prohibited from entering into contracts with bidders that they are related to by consanguinity or affinity up to the third degree.

The antigraft court said that as MRT 3 general manager, Vitangcol also served as team leader of the task force which reviewed the contract. He concealed his knowledge of his relation to Soriano in “evident bad faith,” it said.

“Vitangcol, although admitting knowing one of the incorporators of PH Trams to be a relative by affinity, chose to remain silent during the entire procurement process,” the Sandiganbayan said.

The court pointed out that while the relationship between Soriano and Vitangcol was not inherently illegal, the fact that Vitangcol did not disclose it made him legally liable.

It said “the sheer magnitude of the tasks and responsibilities of Vitangcol III not only required absolute uprightness and honesty from him but, more importantly, utmost faithfulness to his sworn duty.”

“Evidently, this uprightness and faithfulness required of Vitangcol III are wanting,” the decision read.

The court said the prosecutors “failed to prove beyond reasonable doubt the fact that the other incorporators of PH Trams knew of the relationship” between Vitangcol and Soriano.

Vitangcol said he was determined to fight the court’s ruling, describing it as “clearly mistaken, unfair, or improper” and based on “mere inferences and assumptions by the ponente,” or the author of the decision.

“Of course I will be exhausting all legal remedies available to overturn this miscarriage of justice,” he said in a statement.

He questioned the court’s ruling finding him guilty of a crime that “the law does not even punish.”

Vitangcol acknowledged that the law prohibited the relationship between the bidder and the “Head of the Procuring Entity,” but he contended that he was “a mere end-user representative of the MRT 3” and that it was the DOTC that was the “procuring entity” at that time.

He said he did not present evidence or had testified “because one does not need to disprove what the prosecution has not proven.”

The court ruled that there was no conspiracy among the other accused PH Trams incorporators, but Vitangcol said it had “presumed conspiracy” between him and his uncle-in-law.

“It was them (the other accused) who invited him (Soriano), without my knowledge,” he said.