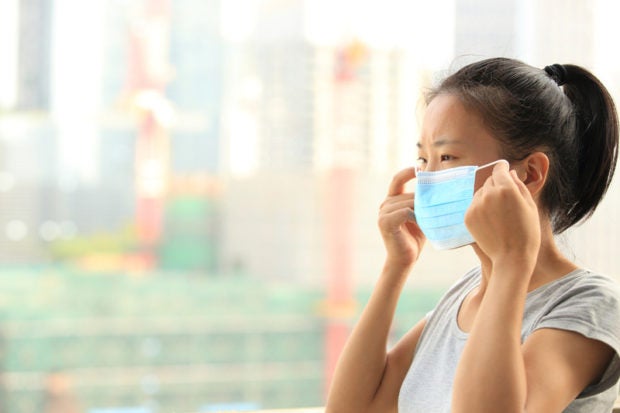 As more cases of coronavirus are reported globally, an assault at a New York train station of a woman wearing a face mask is thought to be linked to the virus scare.

The assault was captured on camera by a bystander, who claimed that prior to her filming, a man called the woman a “diseased b*tch” before hitting her hard in the head and walking away. The video, reportedly taken on Feb. 2, shows the events after this supposed first attack.

The official Twitter account of the NYPD Hate Crimes unit yesterday, Feb. 5 retweeted a reupload of a video of the attack and stated, “The NYPD and the Hate Crime Task Force encourage the victim to report this incident to the police for a full investigation.”

The NYPD and the Hate Crime Task Force encourage the victim to report this incident to the police for a full investigation. https://t.co/4Qb4XHVj3Z

The woman can be seen running towards the man with her hand up while holding a bottle, but the man immediately hits her with his umbrella and strikes her multiple times before the one who took the video attempted to stop the altercation.

A Twitter user claiming to have taken the video, one @x_ginko, said the victim was sitting at the top of the stairwell when she was approached by the man. The woman was wearing a yellow face mask, sunglasses and a parka.

“When I exited the turnstiles, I saw that a man was talking to her. At [that] point, I was still wearing my headphones, so I couldn’t hear what he was saying,” she said on TwitLonger yesterday via Twitter. “However, when I took off my headphones, I clearly heard the words ‘diseased b*tch.’ I also heard her asking him to go away.”

This is my account of the incident, fleshed out with no other perspective other than what I happened to witness during the incident. https://t.co/fyslgaGfVB

The alleged witness said she then began to take a video to try to capture the man’s face so she could help the victim if she ever reports the attack. However, she said she did not expect the victim to “chase after him.”

“She was holding a glass bottle, seemingly in an attempt to attack or throw it at him. This is [when] the guy started attacking her. So ultimately, both parties had a fault, but the situation escalated with racial tension,” she noted.

Although the caption of the reuploaded video claims that the woman was Asian, the witness said that she is not sure, saying “she was wearing a face mask and glasses, so I couldn’t tell.”

The witness added that after the incident, the victim became “very antagonistic to everyone” and threw the bottle to the ground.

Both the woman and the attacker have yet to be identified by the police as of writing, as per The New York Daily. The victim still has not contacted the police.

More and more people have been wearing face masks now in New York due to the 2019-nCoV scare, according to the report.

The city’s Metropolitan Transportation Authority meanwhile maintained that it has “no tolerance for bias or hate-based attacks.”

“We recently launched an anti-hate campaign to encourage victims and witnesses to report these crimes, and to encourage tolerance that should minimize such unacceptable conduct in the first place,” MTA spokesperson Shams Tarek was quoted as saying.

In China, where the new strain of coronavirus originated, the death toll has risen to 563, while over 28,000 people are infected worldwide. Meanwhile, in the Philippines, there are a total of three confirmed cases of the 2019-nCoV. One of them passed away on Feb. 1. NVG