VATICAN CITY – Pope Francis urged the International Monetary Fund and finance ministers from across Latin America to work together to end economic “injustices,” saying Wednesday that new forms of solidarity can give hope to the poorest. 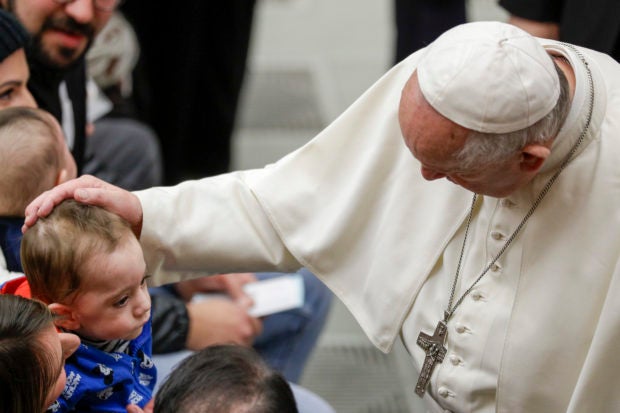 “We aren’t condemned to universal inequality,” Francis told a Vatican conference on ways to increase collaboration between governments and international organizations to benefit the environment and the common good.

The first Latin American pope has long denounced the profit-at-all-cost mentality that drives the global economy, and he has seen first-hand how his native Argentina is suffering under the weight of a debt burden of $150 billion.

Key speakers Wednesday were IMF chief Kristalina Georgieva as well as Argentine Finance Minister Martin Guzman, who said in a tweet afterwards that the meeting was “historic” and “gives us hope, and helps us to rethink the global economy.”

Also in the audience were economist Joseph Stiglitz, the finance ministers of Mexico, Paraguay and El Salvador, as well as officials from the World Bank, International Labor Organization and regional development banks.

The initiative is one of several Francis has lined up this year to press his case for greater solidarity in the world of global finance.

The next big meeting is scheduled for the central Italian town of Assisi in March, and is aimed at sensitizing young people to the need for “a new economy” that respects the environment and looks out for the poor.