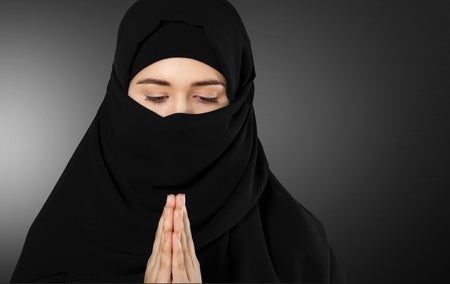 MANILA, Philippines – Wearing hijabs for Muslim women should never be equated to oppression and terrorism, the Commission on Human Rights (CHR) clarified on Wednesday, which coincides with the World Hijab Day.

According to CHR spokesperson and lawyer Jacqueline de Guia, the event is a way to give non-Muslims a deeper understanding of their culture and the Islamic significance of wearing headgears like hijabs, burkas, and niqabs, and at the same time “demystify” stigmas attached to such attires.

“The wearing of headscarves and veils in the form of ‘hijabs’, ‘burkas’ and ‘niqabs’ is an act of modesty and dignity, not to be misunderstood as a symbol of oppression, terrorism and lack of freedom,” De Guia said in a statement.

“It is with great alarm that even in this period, Muslim women are made to remove their hijabs and are discriminated against in the practice of their religion,” she added.

Although part of Islamic culture, the origins of wearing hijabs are not clear.  Some believe it was meant to cover the face, to curb sexual insinuations from men, while others see it as a form of submission to God.

However, despite these factors, the hijab became more known as a symbol of terrorist attacks, as part of the unreasonable association of Muslims towards extremist groups.

These things pushed New York resident Nazma Khan to organize the first World Hijab Day last February 1, 2013.   According to the event’s official website, Khan meant to clear misconceptions on headgears by asking non-Muslim women and those who do not wear headgears to wear hijabs for one day.

“Growing up in the Bronx, in NYC, I experienced a great deal of discrimination due to my hijab,” she reflects. “In middle school, I was ‘Batman’ or ‘ninja,’” Khan said in a statement at the World Hijab Day’s website.

“When I entered University after 9/11, I was called Osama bin laden or terrorist.  It was awful. I figured the only way to end discrimination is if we ask our fellow sisters to experience hijab themselves,” she added.

Despite being the second-largest religion in the predominantly Catholic Philippines, discrimination towards Muslims in schools, office places, and even public spaces are still rampant in the Philippines, especially due to the Islamic insurgency in the south.

However, there have been efforts to disassociate terrorism from Islam, with measures being taken to promote equality.

CHR emphasized that the 1987 Constitution promotes the freedom to choose religious beliefs, and respect of norms and customs — thus being forced to remove hijabs is against the law.

“Thus, the Commission on Human Rights encourages all individuals in the celebration of World Hijab Day to take the time to understand the significance of the hijab and to stand in solidarity with women facing discrimination all around the Philippines,” she added.

Read Next
Senate to fast track revival of oversight panel on intel funds probe
EDITORS' PICK
What to watch out for when selecting a video surveillance solution
Heads may roll at BOC, says Palace if sugar smugglers are allowed to use recycled import permits
vivo brings to the Philippines a powerful smartphone with a slimmer body, the vivo Y02s for only PHP 6,499
Palace: Biggest supermarkets in PH commit to sell sugar at P70 per kilo
DOH reports increase in daily COVID-19 deaths, mostly unvaxxed
House energy committee chair Arroyo bats for cheap electricity
MOST READ
DepEd to give teachers P5K cash allowance within first week of classes
Brian Poe-Llamanzares receives his PhD in Public Administration
LPA east of Luzon may intensify into tropical cyclone
GSIS cool to idea of lowering retirement age in PH
Don't miss out on the latest news and information.