Macau to close casinos for 2 weeks as virus infects 10 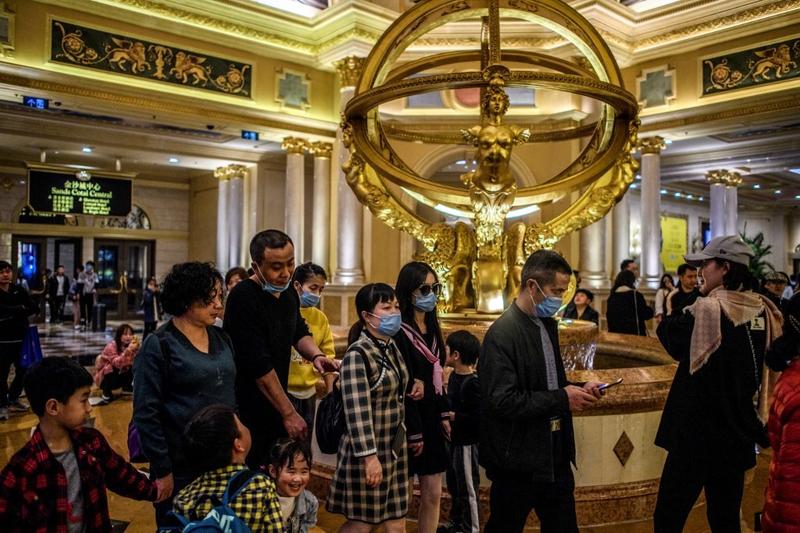 HONG KONG — Macau will shutter its casinos for half a month as the special administrative region (SAR) confirmed on Tuesday that two more residents had been infected by a novel coronavirus, taking the tally to 10.

Announcing this in a press conference, Macau Chief Executive Ho Iat-seng said all civil servants were required to work from home and the government would provide only emergency services. Ho said the suspension is expected to take effect within two days following detailed discussions on arrangements with the six gaming enterprises in the city.

A 57-year-old local man was confirmed as Macau’s tenth person to have been infected, health authorities said on Tuesday noon.

The patient, who visited and returned from Guangzhou on Jan 25, complained of cough and fever the next day. He was admitted to hospital on Monday and tested positive for the new coronavirus.

Earlier in the day, a Macau resident was confirmed as the ninth person to have been infected by the deadly novel coronavirus in the SAR.

According to Macau health authorities, the 29-year-old female patient was suspected to have been exposed to the virus while visiting for four hours the home of the eighth patient who was confirmed to have been infected on Jan 24. The woman suffered from cough and fever the next day but the symptoms were gone later. The patient claimed that she had not left the city recently.

At the press conference, the Macau CE said he had consulted Zhong Nanshan, the nation’s top respiratory expert who is leading the battle against the outbreak, on the decision. Ho said Zhong had seconded the SAR government’s decision as “appropriate” while pointing out that the first seven to 10 days following an infection were critical.

Ho also appealed to the public to stay home and avoid going out.

The CE said Macau society should take the disease seriously as three of the 10 patients in the city were local residents.

The Macao leader iterated that so far he had no plans to close borders with the Chinese mainland because many Macau residents, such as cleaners, security guards and fresh food market workers, resided in the neighboring city of Zhuhai.

He said his administration will continue to coordinate with global facial masks manufacturers and ensure local supply “at any cost”.

Ho said 20 million masks in government stock will be distributed among Macao residents and the distribution will be done by government agencies.

The Macau CE also sought from residents proposals that could help the government with curbing the spread of the novel coronavirus in Macau.