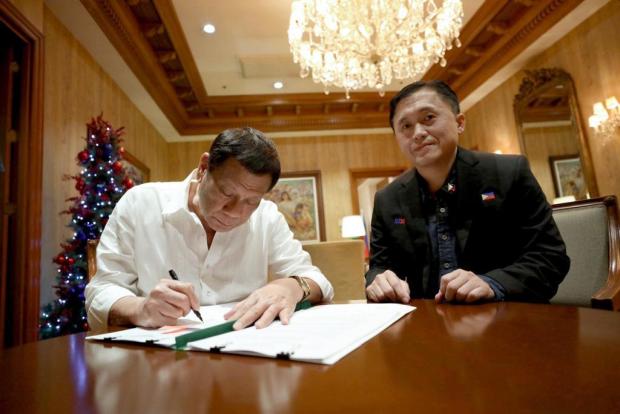 In a statement and various radio interviews on Sunday morning, Feb. 2, Go announced that the President had ordered the expansion of the temporary travel ban over the 2019-nCoV ARD to include travelers coming from any part of China and its Special Administrative Regions to help combat the spread of the disease.

Go added that the President reached the decision on his recommendation and the consensus of the Inter-Agency Task Force for the Management of Emerging Infectious Diseases, headed by Health Secretary Francisco Duque III.

[Nobody who came from China could enter the country. This does not refer only to Chinese nationals. All planes coming from China cannot enter our country. And if you’re a Filipino citizen coming in, you will have to undergo a 14-day quarantine.]

“I wish to emphasize that we are not singling out Chinese nationals,” he said in a previous statement. “We empathize with China given what they are going through but we are doing this to protect the country and its people. The Philippine government is committed to help China and other affected countries address this worldwide health concern.”

The senator stressed that the response of the President to the situation was not delayed. According to him, the travel ban decision was made based on recommendations of key officials and health experts taking into consideration all factors that might affect the country.

[The WHO has just declared the nCoV as a global health emergency. And that’s part of what the Inter-Agency Task Force considered. And even who did not advise travel restrictions or a travel ban. But President Duterte decided to order a ban because it’s necessary.]

According to Go, the President would meet with the Inter-Agency Task Force and medical experts on Monday afternoon, Feb. 3, to discuss the situation — after which he would conduct a press conference.

[Let’s just wait for our President.]

Meanwhile, the Senate Committee on Health will conduct a public hearing on the 2019-nCoV ARD on Tuesday morning, Feb. 4.

[We will have a hearing tomorrow, based on the three resolutions filed by my colleagues in the Senate. And we invited representatives from various government agencies. Let’s all help each other. Let’s not spread fake news.]

[We’re inviting all the bashers and netizens who do nothing but criticize our government. You’re all welcome to join the hearing and criticize the government agencies there. You know, your criticisms don’t help. In other countries, there have been many victims, but they’re not in panic. They’re looking for solutions. The don’t have hate posts. They’re cooperating with their government to fight this virus. That’s what they’re doing in other countries.]

Go urged the public to comply with the guidelines provided by health officials to help prevent the spread of the virus.

According to a DOH advisory, severe cases of coronavirus may result in pneumonia, acute respiratory syndrome, kidney problems and death.

The DOH has advised the public to wash their hands frequently, avoid contact with live animals, drink plenty of water and make sure that food is cooked properly.

DOH also advised the public to avoid those who have cough and colds and to always cover one’s mouth and nose when coughing and sneezing to stop the possible spread of viruses. Those with flu-like symptoms are also advised to consult a doctor.