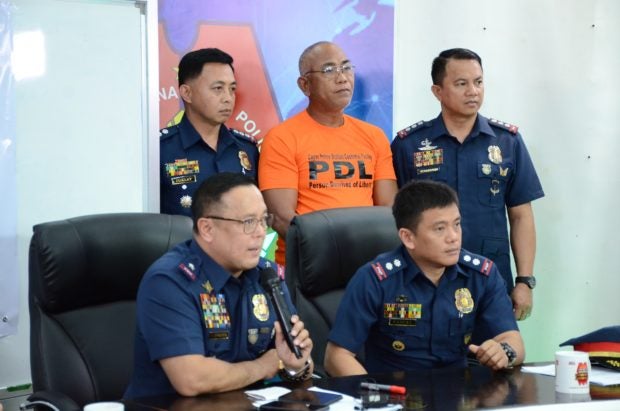 CAMP OLIVAS, Pampanga–The country’s 12th most wanted person, allegedly involved in the kidnapping of the son of a gasoline magnate in Angeles City, has been arrested after 17 years in hiding, police said here on Monday (Feb. 3).

Sermonia, who presented Valerio to the media, said the fugitive managed to work as a truck driver in the Middle East.

Valerio’s arrest was based on a search warrant issued by Judge Ofelia Tuazon Pinto of Branch 60 of Angeles City on Jan. 25, 2003.

Col. Augusto Pasamonte, Capas chief of police, said Valerio was charged with kidnapping for ransom in connection with the 2003 kidnapping of the 9-year-old son of a businesswoman in Angeles.