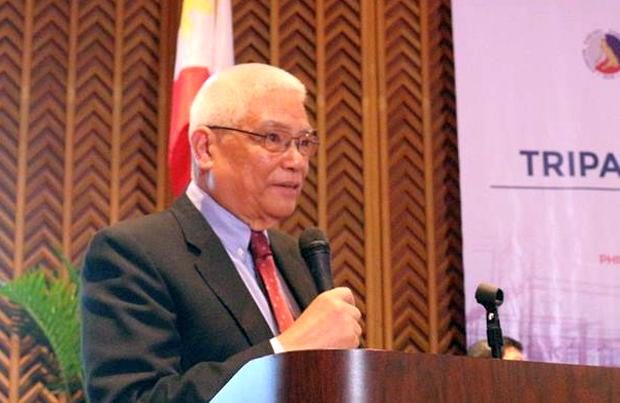 MANILA, Philippines — Department of Information and Communications Technology (DICT) Undersecretary Eliseo Rio Jr., who led the country’s search for a third telecommunications player, has resigned from his post.

“I feel that I’m no longer needed in DICT,” Rio said Monday in an interview over ANC.

Rio cited his age and working with other officials in the agency as among the reasons why he decided to resign from his post.

“Now, I’m 75. I thought that now would be time to really spend my time with my family,” Rio said.

“Sec. (Gringo) Honasan has brought in young people and maybe they should be given more chance to work,” he added.

“I have no first-hand knowledge of that anomaly being reported. That did not come from me,” Rio clarified. “What I said is that as far as I’m concerned, DICT does not need any confidential or intelligence fund because it’s not in its mandate to conduct intelligence activities.”

President Rodrigo Duterte has yet to accept his resignation, Rio added.

Rio, a retired general who also served as acting secretary of the agency, was reassigned as the agency’s undersecretary in July 2019 when Gringo Honasan was appointed DICT chief. He also previously served as commissioner of the National Telecommunications Commission.

Read Next
Fidel Nemenzo is new UP Diliman chancellor
EDITORS' PICK
As vaccine injection rate rises in PH, questions linger on how long it would take to reach herd immunity
Palace doesn’t see tension in WPS, only Duterte haters incite it
A Spanish Celebracion with Crimson Mactan’s ‘Enye at Home’
Retired military, police execs call for unity vs China aggression
Re-imagining EdTech and the classroom in a post-pandemic era
CopperMask Philippines shows support for Miss Universe Philippines 2020 Rabiya Mateo
MOST READ
Mexico wins Miss Universe title but Myanmar steals show
‘Check your facts:’ Trillanes disputes Enrile claims on 2012 back-channel talks with China
Pangilinan on China’s threat if PH digs oil in WPS: Why should we be scared?
Retired military, police execs call for unity vs China aggression
Don't miss out on the latest news and information.