Displaced Bataan fisherfolk to get housing units from gov’t 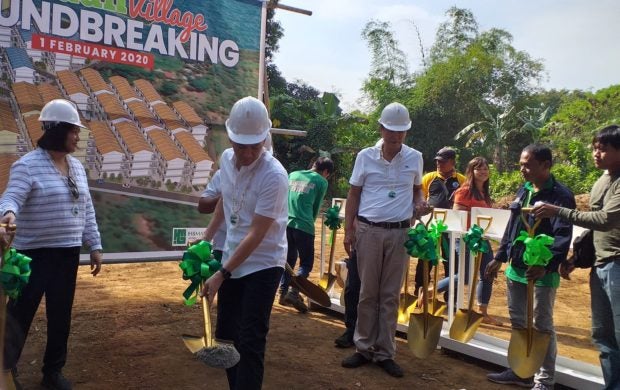 Bataan Gov. Albert Raymond leads the groundbreaking ceremony for the P191-million worth of housing project that will rise in Orion, Bataan and benefit some 1,000 fishermen displaced by a fire last year. Photo by Greg Refraccion

The housing facilities will rise in a 6-hectare property purchased by the local government in the fishing village of Daang Pare here.

Representatives of the National Housing Authority (NHA), along with local officials, on Saturday led the groundbreaking ceremony for the housing project.

The project, dubbed “1Bataan Village”, is co-funded by the NHA and the local government.

On Jan. 29 last year, a huge fire razed the fishermen’s houses at Sitio Depensa in Barangay Capunitan, prompting the municipal government to declare a state of calamity.

The fire victims were then evacuated to the nearby Bataan School of Fisheries where many of them are still staying.

“This is where [the displaced] residents can live. It’s near the place of their source of livelihood, which is fishing. It’s also close to schools and it will be surrounded with CCTV (closed-circuit television),” Gov. Albert Raymond Garcia said.

Mayor Tonypep Raymundo said the housing project is composed of 2,872 3-storey buildings that can accommodate at least 2,872 dwelling units.