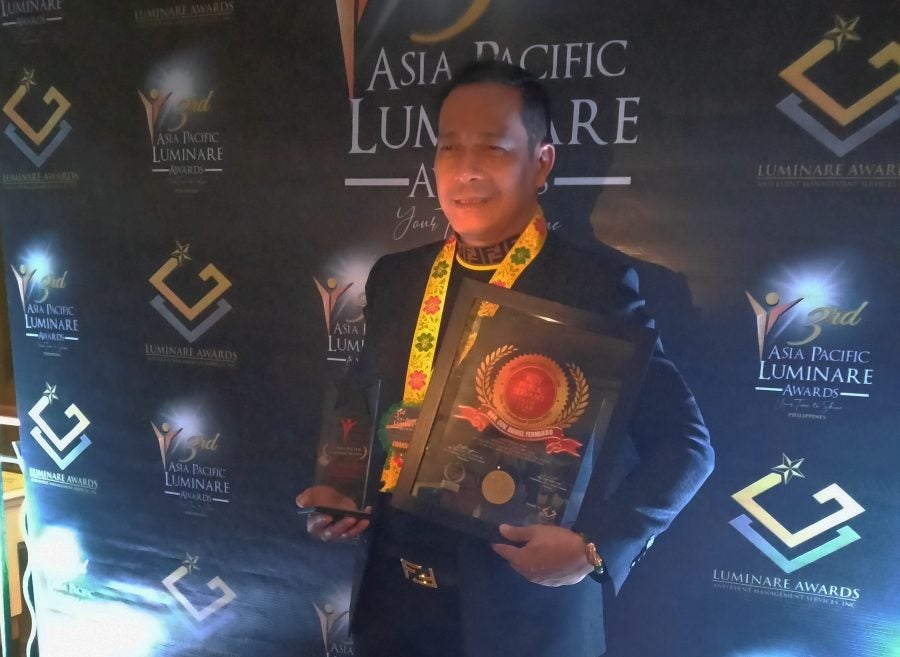 Fernando and Moreno were each conferred with the Best Public Servant Award and were both adjudged the Most Influential Man of the Millenium.

They were the first awardees who were actors-turned-politicians, said Prince Danelcalo, spokesperson of Asia Pacific Luminares.

Aeta chieftain Salvador Dimain, vice president of the Philippine Indigenous Council Conservation Area, was honored for his role and leadership in the tribal community./lzb