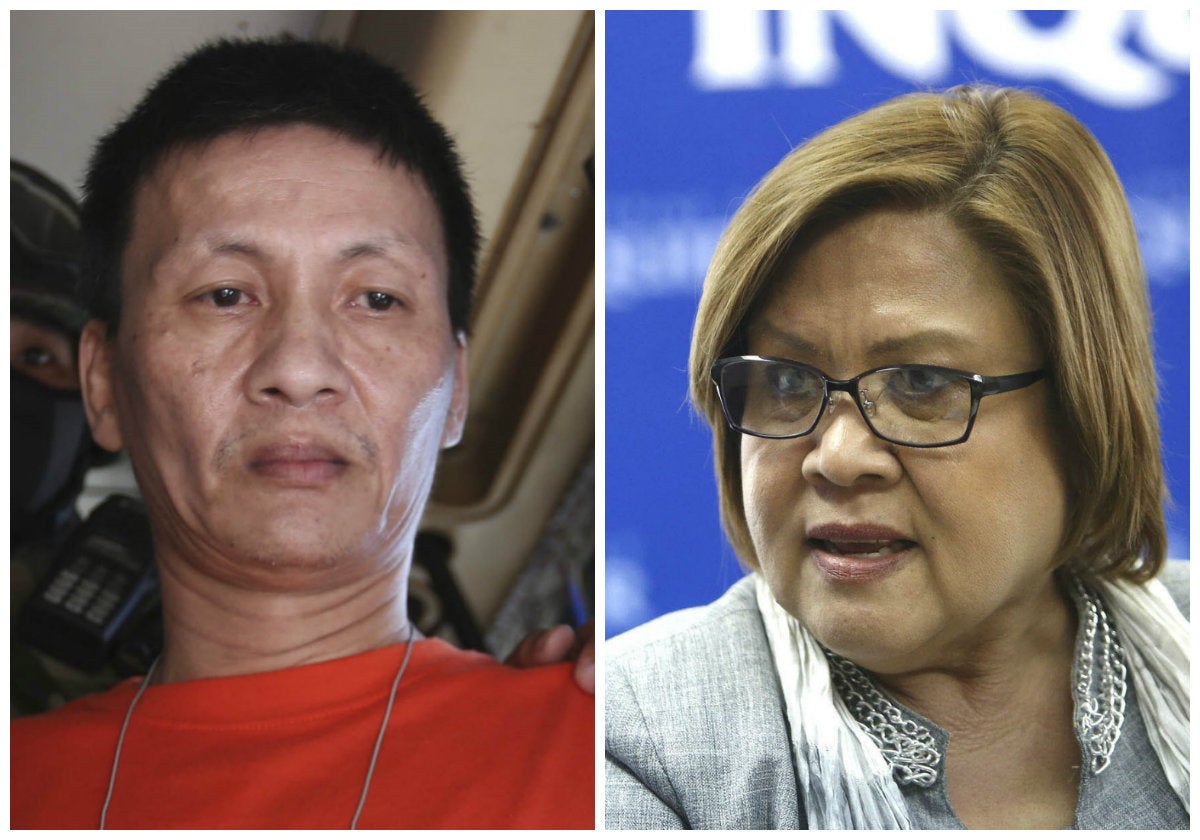 Convicted Chinese drug lord Peter Co, one of the government’s key witnesses against Sen. Leila de Lima, finally testified before a Muntinlupa City Regional Trial Court (RTC) on Friday as the nearly three-year-old trial of the lawmaker, a staunch critic of President Duterte, finally picked up pace after much delay.

Peter spoke in his native Fookien dialect during his direct examination that lasted about two hours at the sala of Judge Liezel Aquiatan of RTC Branch 205. He will return to the stand for his cross-examination on Friday next week.

The witness claimed that De Lima, during her stint as justice secretary, sought his help to raise P10 million for her 2016 senatorial campaign. Peter said he came to know about it sometime in November 2012—four years before the elections—through two other convicted drug lords, Jaybee Sebastian and Hans Tan.

Illicit fundsAt the time, Peter said, he was already serving a sentence of reclusion perpetua (a maximum of 40 years) at New Bilibid Prison after his 2001 conviction for drug dealing. According to Peter, fellow convict Tony Co, one of his “neighbors’’ at Maximum Security Building 2B, ended up soliciting the P10 million and had the money given in two installments to the De Lima campaign.

Tony, who was convicted of drug trafficking in 2001, was killed in a prison riot in 2016, he recalled.

In an interview after the hearing, one of De Lima’s counsels dismissed Peter’s testimony as mere hearsay.

“Unfortunately [Tony] is dead and we have no way of verifying or counterchecking those facts,” said defense lawyer Filibon Tacardon.Peter also said Sebastian and Tan initially proposed a quid pro quo: in exchange for P10 million, Peter would be given a cell phone, a motorcycle, and air-conditioning for his quarters in the maximum security compound.

“I cannot disclose their names because they are also Chinese nationals,” Peter said through an interpreter. “Not only would I be in danger but also my family in China. They are not ordinary people, they have some influence.”

Tacardon said that in the next hearing “we would also focus on the sources …. the way the money transferred from Peter Co, Tony Co, Hans Tan, Jaybee Sebastian then back to Tony Co.”

Read Next
LGUs told: Set up nCoV task forces
EDITORS' PICK
Bongbong Marcos says PH ‘open for business’ with new Clark Airport terminal
Individuals affected by ‘Karding’ now over 157,000
Newbie gamers are in for a treat with the power-packed feature of vivo Y16
Karding damage to infrastructure at P23M
House energy committee chair Arroyo bats for cheap electricity
Reignite your passion with the vivo Y35
MOST READ
Angelica Panganiban ‘duguan, sugatang mom’ one week into breastfeeding
LPA enters PAR, may develop into tropical depression
Badoy not with Office of the President, NTF-Elcac, under Marcos admin — solon
Charges readied vs gov’t guard with P290-M deposits
Don't miss out on the latest news and information.