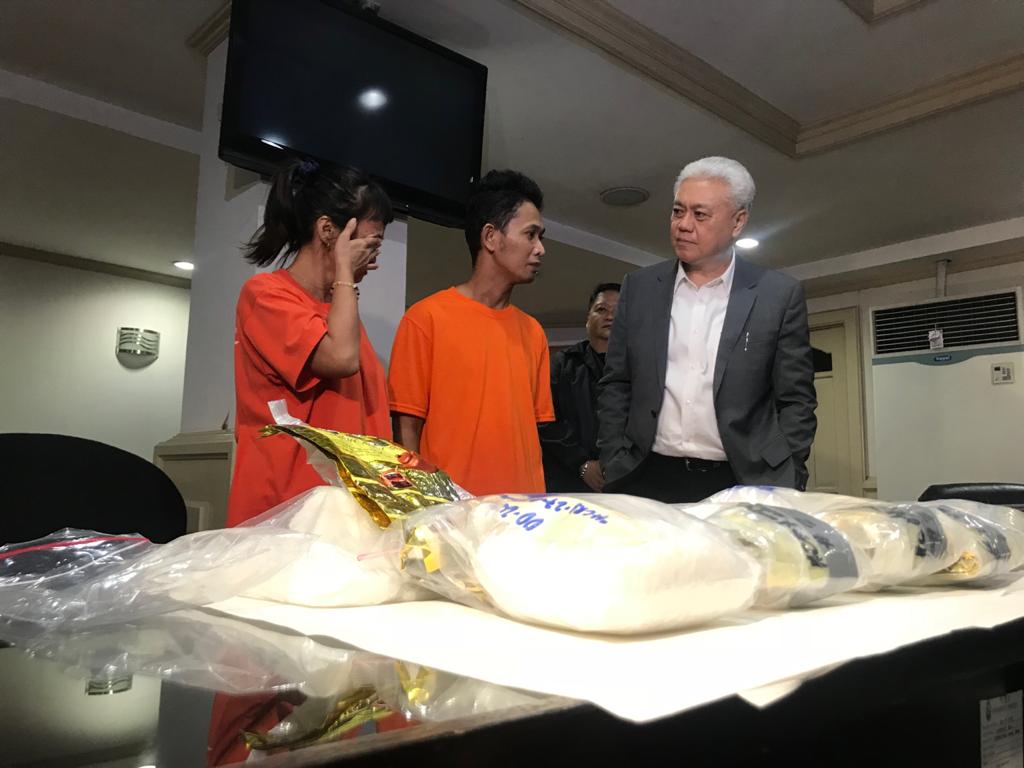 MANILA, Philippines — The P68-million worth of methamphetamine hydrochloride or shabu seized in Bacoor City, Cavite on January 27 was bought from an inmate at the New Bilibid Prison (NBP).

Rommel Vallejo, acting regional director of the NBI in Mimaropa, said Thursday that they received a tip from an asset that a deal for shabu was recently consummated from a certain Kim, an inmate at the NBP.

He said that to verify this information, NBI agents set up a deal with Kim through one of their agents who posed as a buyer and ordered 10 kilograms of shabu.

“The person that we were able to transact with allegedly was inside the Bilibid. He was the one who offered to deliver the 10 packs of shabu,” he said in a press briefing, referring to the inmate.

Vallejo said the poseur buyer was then told that the illegal drugs will be transported somewhere in Bacoor and Imus City in Cavite through a red Mitsubishi Lancer, prompting NBI agents to position themselves in Barangay Lotus Bukid in Panapaan 4 in Bacoor City where the vehicle carrying the prohibited drugs was expected to traverse.

Upon spotting and flagging the Mitsubishi Lancer, NBI agents then arrested Reynaldo Cordero and Irene Biazon, both residents of Pasay City, who were inside the vehicle. The driver, however, evaded arrest.

“As to the origin of the illegal drugs, this is a subject matter of the follow-up operations of the regional offices of the Mimaropa and Metro Manila,” said Antonio Pagatpat, deputy director for regional operations service.

It was possible, though, that the drugs came from Pasay City where shabu also concealed in tea bags were recently confiscated, noted Cesar Bacani, regional director of the NBI in Metro Manila.

Vallejo also said the NBI is coordinating with the NBP regarding the incident.

The suspects admitted to using shabu but denied they knew that the vehicle they were in carried illegal drugs.

They claimed they were only contacted by a certain Miaca who was also from Pasay to board the vehicle going to Cavite. They said Miaca promised that the vehicle will transport them to a place in Cavite for a “gimmick.”

On top of this, Biazon said Miaca promised to give her money for the medical expenses of her husband who had just undergone surgery due to an illness in the stomach.

NBI officials, however, believed that the two are drug couriers.

The suspects, charged with violation of the Comprehensive Dangerous Drugs Act, were turned over to the NBI Forensic Chemistry Division for drug testing and post-processing procedures, while the confiscated evidence was also submitted to the same office for examination.