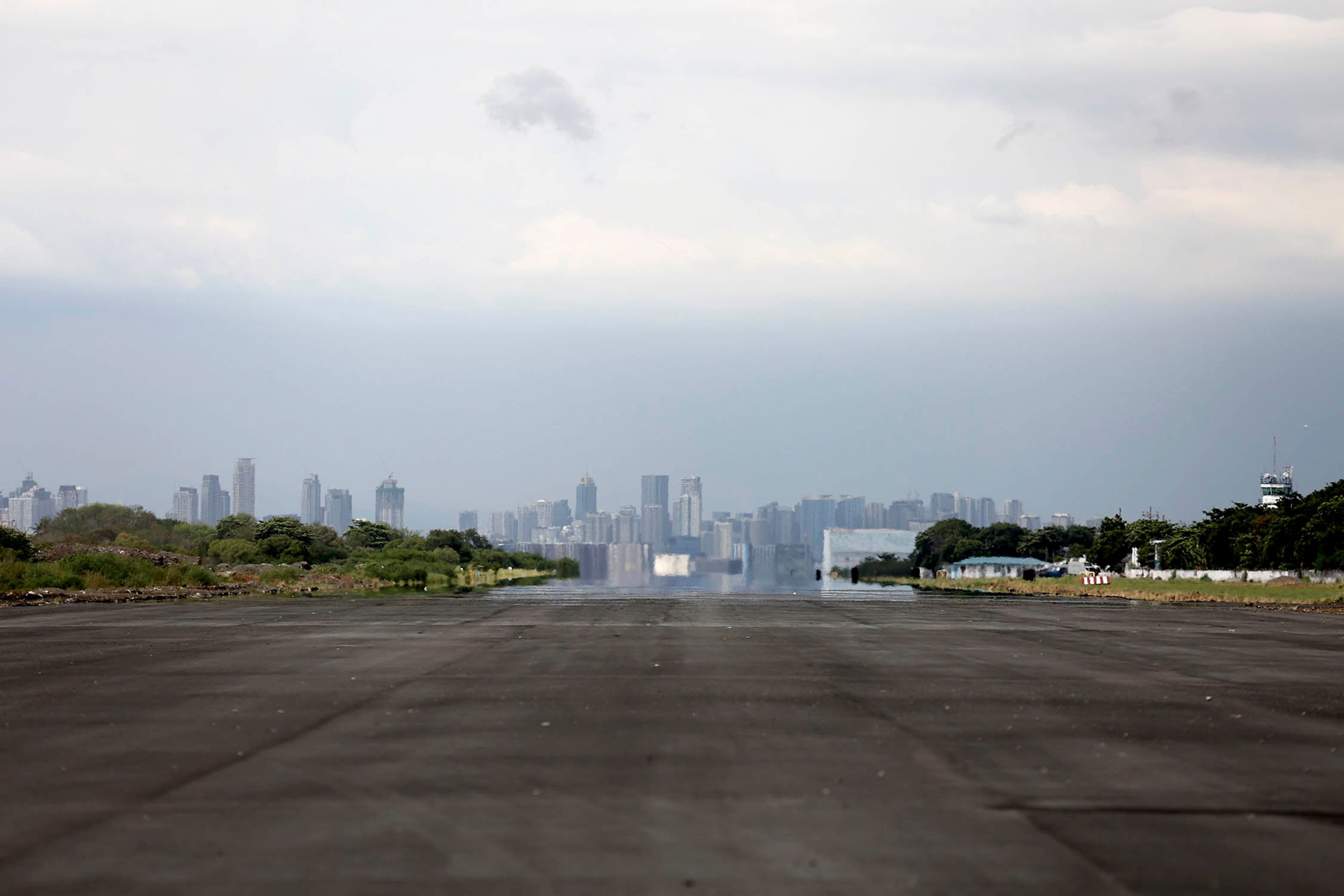 SANGLEY AIRPORT RUNWAY Construction is under way at the Sangley airport in Cavite City, 35 kilometers south of Manila. A plan to develop Sangley Point International Airport in the area is being questioned by people who have reviewed documents of the joint venture between a consortium and the Cavite provincial government. —RICHARD A. REYES

A plan to solve congestion at Manila’s international airport could soon transition from just a dream to reality with the $10-billion Sangley Point International Airport (SPIA) project that will rise near the entrance of Manila Bay, some 35 kilometers from the capital.

But indications that the project would be awarded to a consortium that includes state-run China Communications Construction Co. (CCCC) raise questions on the joint venture selection process that the provincial government of Cavite launched last October.

People who reviewed the joint venture documents and feasibility study said these showed that a Chinese partner was favored from the beginning. The Inquirer has also seen copies of the documents.

The sources included groups that decided to back out due to what they described as the project’s subjective criteria and a rushed selection process.

Instead of at least six months to a year, bidders were given just more than two months to prepare proposals before the deadline on Dec. 17, 2019. At the time, the Cavite government had wanted to hold a groundbreaking ceremony early this year.

“It was clear to us that the project is really for China,” said someone who had seen the documents.

Another source called the deadline unrealistic.

On Dec. 17, it was disclosed that CCCC had joined forces with MacroAsia Corp., an aviation services firm of Philippine Airlines owner Lucio Tan, in what became the sole consortium vying for the project.

Should the CCCC-MacroAsia consortium win the project, it will be the joint venture partner of the Cavite government, which wants to transform the former US naval base into a world-class air hub serving more than 100 million passengers a year, three times the design capacity of Manila’s Ninoy Aquino International Airport (Naia).

SPIA is not the only project aimed at decongesting Naia. San Miguel Corp. plans to build an international airport in Bulakan, Bulacan province, about 50 km north of Manila, which would have a capacity of up to 100 million passengers a year.

The Cavite government, which is evaluating CCCC-MacroAsia’s proposal, dismissed allegations that any group was favored.

A review of the documents, however, confirmed the reservations raised by some of the participants.

There were many direct references to the Chinese government’s planned involvement in the project from its feasibility study dated July 2019 to the draft joint venture and development agreement issued to potential bidders starting Oct. 11 last year.

For one, the feasibility study already assumed the project would be a partnership between the Philippines and China, as the airport was one of the projects between the two countries under the Memorandum of Understanding on Cooperation on the Belt and Road Initiative, which was signed on Nov. 20, 2018, in Manila, the study said.

The Belt and Road Initiative is a $1-trillion commitment by China to connect Asia, Africa and Europe through new land and maritime projects.

Critics contend the program is an avenue for China to exercise debt-trap diplomacy in which it gains strategic concessions from borrowers that default on their loans.

Showcase projects like SPIA will be mainly funded by borrowings and assumptions made in the feasibly study showed that 98 percent of the project’s debt or equity will flow from the Chinese.

The study noted that China Development Bank, which is under the direct control of the State Council, will finance 75 percent or P413.25 billion of the estimated project cost of P550 billion.

The loan will have a 25-year term, including a 10-year grace period, with an interest rate of 2-3 percent annually.

The provincial government, which will provide the land, was assumed to contribute the remaining 2 percent of the total project cost through the sale of bonds.

China’s potential involvement was again referenced in the draft joint venture and development agreement, a document that will be the basis of the eventual contract with the Cavite government.

Under SPIA’s financing provisions, the joint venture partner will be mainly responsible for raising both equity and debt for Phase 1, which covers the first runway apart from building capacity to serve an initial 25 million passengers per year.

It was also stated that the Cavite government would assist the partner in securing loans for the project.

“For this reason, the province has initiated discussions on the provision of debt financing for Phase 1 with the development financial institutions and policy banks of the People’s Republic of China,” the section said.

The agreement also allows the provincial government to approve “at its sole discretion” other institutions to finance the project.

Further, it noted that the joint venture partner must comply with the requirements set by the lenders. Failure to comply would trigger the termination of the project.

While this was considered standard wording, one of the potential bidders said reading all the documents together implied that a potential Chinese lender might not favor a non-China aligned partner.

“There are traces all over that it’s intended for the Chinese,” said the one who had reviewed the documents.

Jesse Grepo, secretary of Cavite’s public-private partnership (PPP) committee, said the selection process was open, fair and transparent. “[A]ll bidders had access to the same studies and materials, and had the same preparation time to submit their JV proposals,” he told the Inquirer.

Grepo said the committee followed the PPP Code of the province apart from standard procedures and guidelines under all applicable laws. Bidders were also given equal access to all studies with complete technical and financial data.

SPIA is considered a local government project that does not require approval from national agencies.

The joint venture and development agreement ensures that ownership of land will remain under the control of the province or other Filipino government entities.

Ownership of airport assets, however, will be controlled by the project company, owned by the province and its partner. The company will also handle airport operations and maintenance.

Cavite will lease the 1,500-hectare airport property, most of which will be reclaimed, to the project company for 25 years, renewable for another 25, according to the draft agreement.

The project land to be leased included the Maj. Danilo Atienza Air Base, which has since been converted by the Department of Transportation into a commercial airport, and the Cavite Naval Base.

The terms have failed to quell worries in defense circles about China establishing an air infrastructure foothold close to Manila, a source with national security expertise told the Inquirer.

These worries were heightened by CCCC’s role in building islands in contested waters in the South China Sea.

The source suggested options at the disposal of the national government, including a takeover of the airport property, which the Philippine Constitution allows “in the interest of national welfare or defense.”

Any such move, however, would likely be weighed against the economic benefits of a new international hub. SPIA, which will spur the construction of a new expressway and a possible railway link, is expected to generate at least 50,000 new jobs.

Last month, Cavite Gov. Jonvic Remulla said the province was taking national security concerns seriously. The provincial government will propose that the Philippine Air Force also use the SPIA “to assert our sovereignty over the development,” he said.