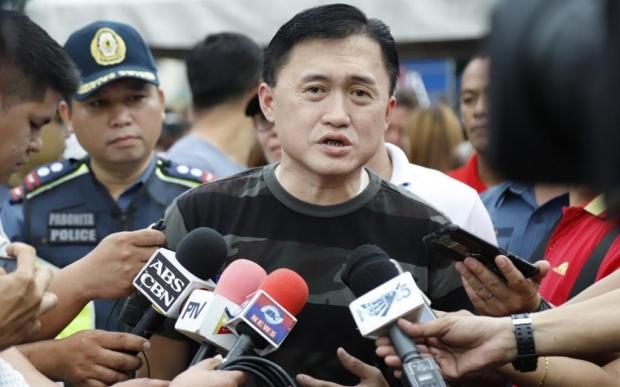 MANILA, Philippines–Senator Christopher Lawrence “Bong” Go said on Wednesday, January 29, that he will recommend to President Rodrigo Duterte the ban on flights and ship travels between the Philippines and China if this is necessary to prevent the entry of the novel coronavirus or 2019-nCoV in the country.

Authorities reported that 132 persons already died of the 2019-nCoV and over 6,000 are infected in mainland China and abroad.

(If it is really necessary, I will recommend it to President Duterte. Every day there is inter-agency coordination. We are focusing our sights on this, including health and foreign officials. Let us wait for their recommendation. I am in support of this in order to prevent the spread of the virus.)

The Civil Aeronautics Board (CAB) has imposed a ban on flights to and from the Chinese city of Wuhan, where the virus outbreak began in late December. Tourists from Wuhan who visited Boracay were also deported. But flights between other cities in China and the Philippines are still permitted.

In China, certain travel restrictions are in place in the whole Hubei province, while Wuhan City remains on lockdown. As of now, the Chinese government has issued a travel ban in areas around the country for tour groups of Chinese citizens.

(We have suspended the issuance of visa upon arrival unlike before that we are lenient. So let us all observe caution especially those who are coming from Wuhan.)

(The authorities are on alert. If there is a report, our health officials are there to check.)

The senator said he agrees with the position of the Department of Health (DOH) on putting some travel restrictions on Chinese visitors entering the Philippines.

(Let us all be cautious. Be on alert on any event. We do not want that to enter our country. President Duterte has already instructed all departments to look into this coronavirus issue.)

The senator urged DOH to strictly impose precautionary measures to protect Filipinos  by implementing quarantine procedures when necessary and providing regular advisories to guide the public.

The Department of Foreign Affairs (DFA) said that it has been in close coordination with the Philippine consulate in Shanghai regarding the Filipinos staying in Wuhan. The department is expected to release the updated number of Filipinos from Wuhan who expressed intent to voluntarily go home.

The DFA will be announcing that anyone who wishes to voluntarily return home from Hubei can contact the Philippine Consulate in Shanghai to let them know of their desire to return. This announcement will be disseminated through the Filipino community in China and through local social media outlets.

According to the DFA, two private charter corporations have signified their willingness to help in the return of Filipinos. Thus, private planes or military planes may be utilized, depending on the final decision.

The DFA also clarified, however, that Filipinos outside Hubei province may still voluntarily return to the Philippines on their own if they wish to do so.

According to a DOH advisory, severe cases of coronavirus may result in pneumonia, acute respiratory syndrome, kidney problems and death. DOH has advised the public to wash their hands frequently, avoid contact with live animals, drink plenty of water and make sure that food being consumed are cooked properly.

DOH also advised the public to avoid those who have cough and colds and to always cover one’s mouth and nose when coughing and sneezing to stop the possible spread of viruses. Those with flu-like symptoms are also advised to consult a doctor.

Go further advised the public to take the threat seriously and cooperate with authorities in order to ensure that Filipinos will not be affected by the virus.