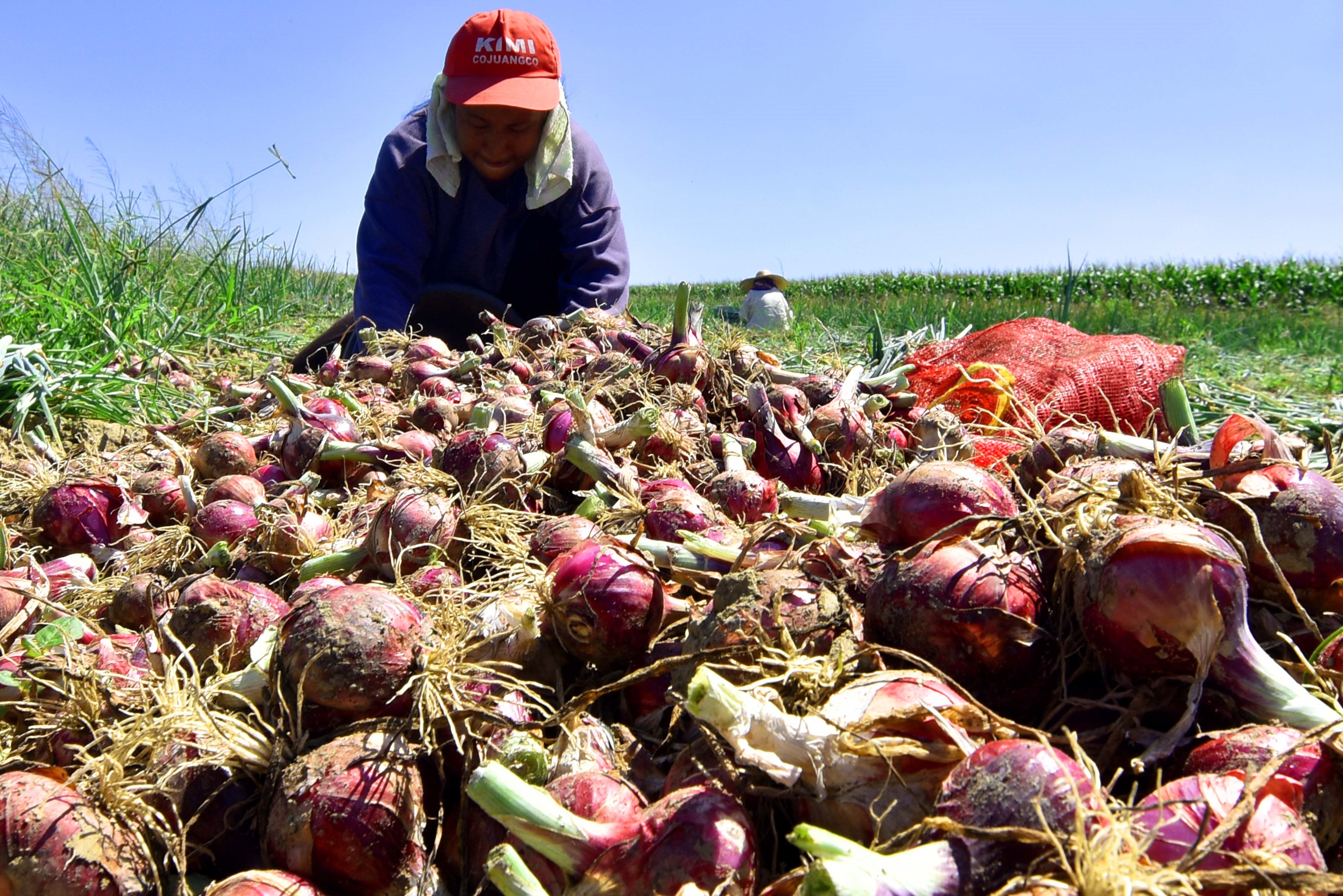 RED BULBS A farmer in Pangasinan digs onions up during harvest. The government’s importation of onions, which began on Jan. 3, threatens to hurt the profit of local farmers. —WILLIE LOMIBAO

BAYAMBANG, PANGASINAN—Although the government has begun its importation of onions this month, farmers here say their bumper harvest from the recent cropping season has kept them on their toes.

Artemio Buezon, officer in charge of the municipal agriculture office, said local stocks remain sufficient for the market but the importation is threatening the farm-gate prices for onions.

This month, the farm-gate price of red onions has dropped to P90 per kilogram compared to P130 per kg in December. The white variety is now sold at P60 per kg, down from P80 last month.

Agriculture Secretary William Dar had authorized the importation of 35,000 metric tons of red onions until mid-February to sustain the local market during the two-month production gap in the country.

Dar assured farmers that the onion importation would not be in competition with the main harvest time by March.

But Buezon said the government should suspend the importation until the end of harvest season in April.

“Local farmers are affected by the massive importation of onions, so we are hoping that importation will be allowed only when the local stocks are already depleted,” he said.

Bayambang is Ilocos region’s top onion producer. In 2015, it produced 100,500 kg, or one third of the region’s total onion yield.

Buezon said farmers here are still recovering from their losses in 2017 when armyworms damaged onion farms in the town’s 30 villages. The infestation prompted the local government to declare a state of calamity at that time.

Farmers here and in other provinces feared onion prices would further dip while importation was ongoing during harvest time.

“This is because the red variety costs higher in the market and the seeds are cheaper, while the white ones are cheaper but the seeds cost higher,” Buezon said.

No problem in marketing

Buezon said they saw no problem about marketing their harvest because traders would come to buy the produce.

“Engaging in onion farming is much more profitable than rice farming, and Bayambang is lucky to have the kind of soil suitable for growing,” he said.

In Nueva Vizcaya, onion farmers have tried off-season planting to improve their harvest. “It is really possible to produce onions even during the off-season. Aside from that, it would be an advantage as the off-season production means having a good selling price,” said Diony del Campo, a farmer. —WITH A REPORT FROM VILLAMOR VISAYA JR.