Pacquiao bemoans corruption in gov’t: Even its employees are corrupt 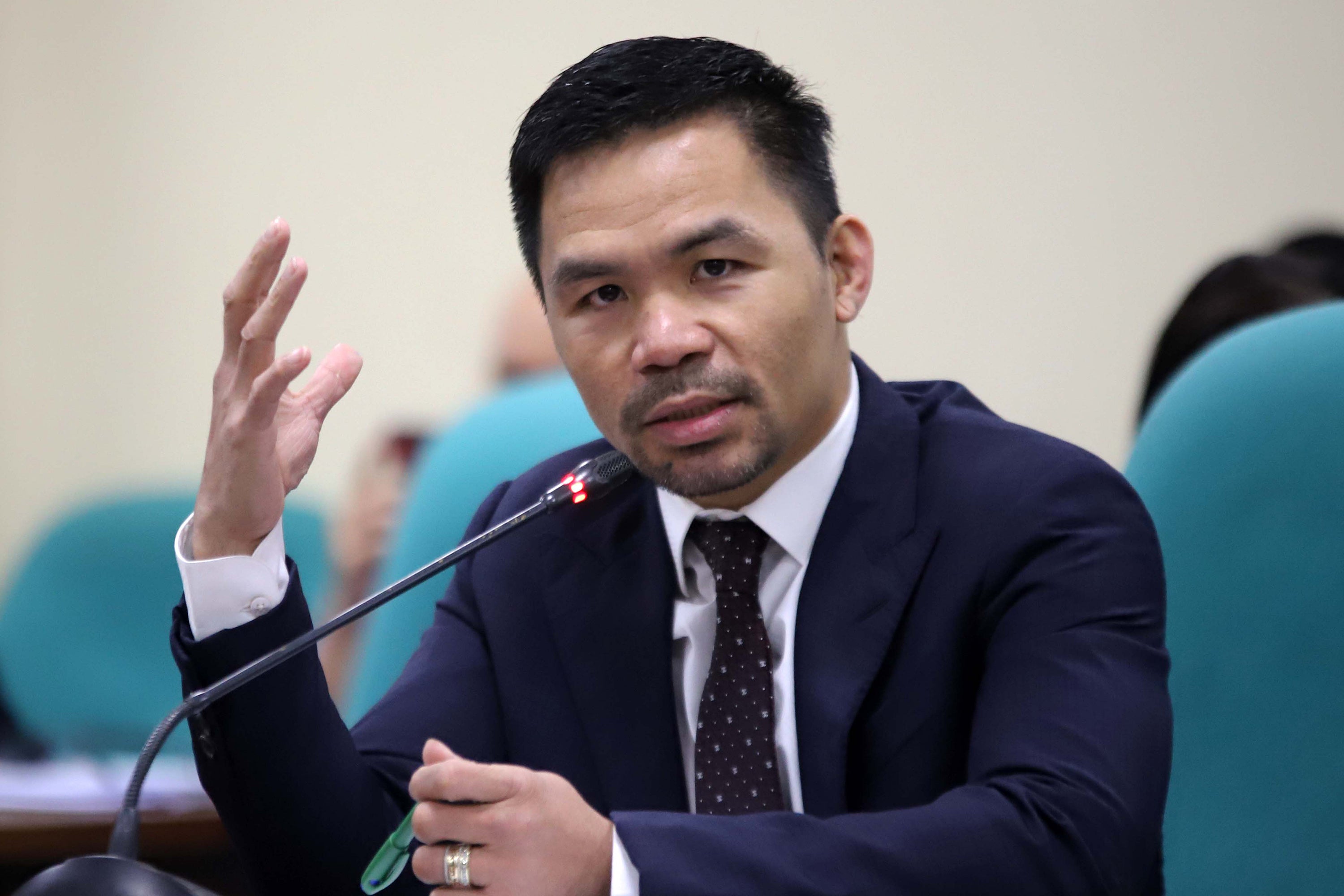 MANILA, Philippines — Corruption seems to be contagious that even government employees, not only officials, have become corrupt too.

(This is the reality in our country that really pains me; it’s not only government officials who are corrupt but also government employees.)

(Many of our government employees are now also corrupt. They were contaminated by corruption. It’s so sad to know that not only the elected government officials are corrupt, but also those who work in government.)

Pacquiao raised the issue of corruption as the committee was deliberating on various bills on the Public-Private Partnership (PPP) Act.

Of all the problems facing the country, the senator said he is more concerned about government contracts, especially the PPP deals that might later turn out to be disadvantageous to the people.

(There are contracts that are not really acceptable to me as a public servant. Because I’m thinking of our future, the welfare of our citizens.)

Pacquiao called on everyone to report to authorities any corruption in government.

(If possible, when you see corruption — whether it involves politicians, government officials — don’t close your eyes. Let’s help the government, report it immediately to me, or to the President or to anyone)

(Enough with the taking advantage of our government. Let’s work properly.)

Read Next
Ban entry of mainland Chinese to PH? Duque says ‘possible, but not now’
EDITORS' PICK
Over 3 Million worth of prizes to be won at Smart Padala’s SENDali Manalo Promo!
‘Not yet the end’: Lawyer says Marcos Jr’s DQ cases to take lengthy process
Critical scenario: 3 Comelec vacancies just 3 months before elections
Acer starts the year off strong with the Aspire Vero National Geographic Edition
The best of bayside and city living at SMDC’s Sail Residences
PH logs 37,070 more COVID-19 cases; over 33K others recover
MOST READ
Duterte asks: ‘Is COVID-19 airborne?’ Duque blames spread on ‘token compliance’ with rules
Morissette Amon recovering after confinement for diverticulitis, tests positive for COVID-19
‘Not yet the end’: Lawyer says Marcos Jr’s DQ cases to traverse lengthy process
Marcos camp ‘extends hand of unity’ after COC cancellation bid is thrown out
Don't miss out on the latest news and information.