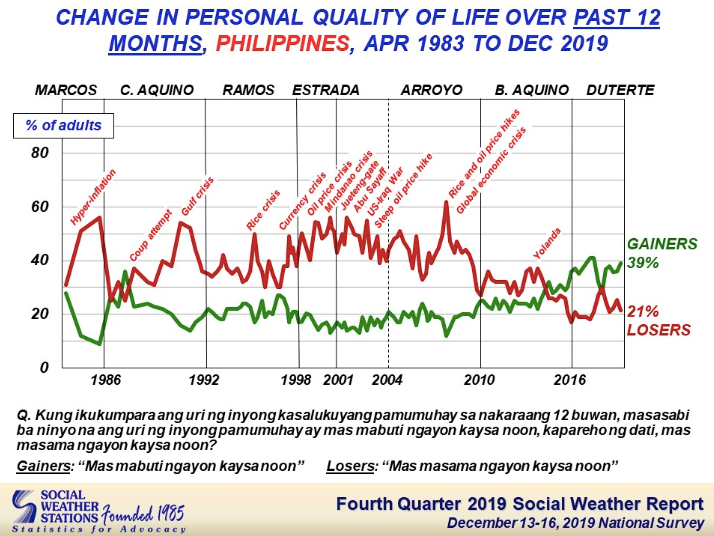 MANILA, Philippines — Four out of 10 Filipinos believe that their lives have improved in the last 12 months, according to the fourth quarter 2019 survey of the Social Weather Stations (SWS) released on Tuesday.

This translates to a net gainers score of +18, which SWS classified as “very high”

The pollster said that the seven-point increase in the national net gainers score in December 2019 was due to increases of 10 points in Balance Luzon, 7 points in the Visayas, 4 points in Metro Manila, and 1 point in Mindanao.

Since 1983, only 9 percent of net gainers scores are within “very high” range or better, SWS noted.

The survey also found out that 47 percent of adults were optimistic that the Philippine economy will improve in the next 12 months and 9 percent believe it will worsen.

It has a sampling error margins of ±3% for national percentages, and ±6% each for Metro Manila, Balance Luzon, Visayas, and Mindanao.