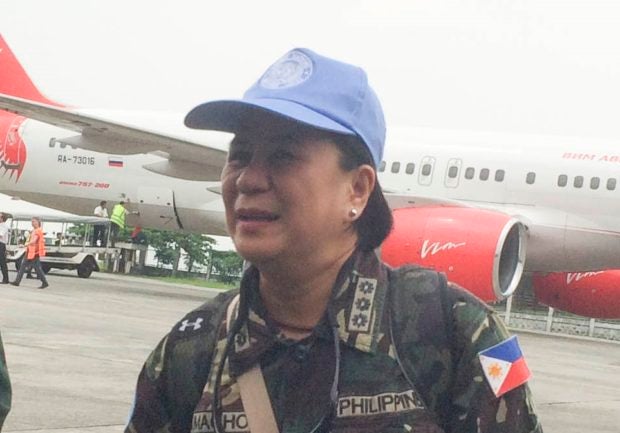 The Armed Forces of the Philippines on Tuesday named Navy Capt. Luzviminda Camacho the first female commodore and head of the AFP office for legal affairs. A commodore rank is equivalent to a brigadier general, a first for a woman in the Navy.

Apart from being the first lady commodore, Camacho is the first woman to command a Navy ship and to lead a unit of Filipino peacekeepers to Haiti.

AFP chief of staff Felimon Santos Jr. has meanwhile been given his fourth star in rites led by Defense Secretary Delfin Lorenzana.

He replaced Gen. Noel Clement to become the AFP’s 53rd chief of staff.