RIO DE JANEIRO – Over 30,000 people have been displaced by heavy rains in southeast Brazil that also killed 54 people and left 18 missing. 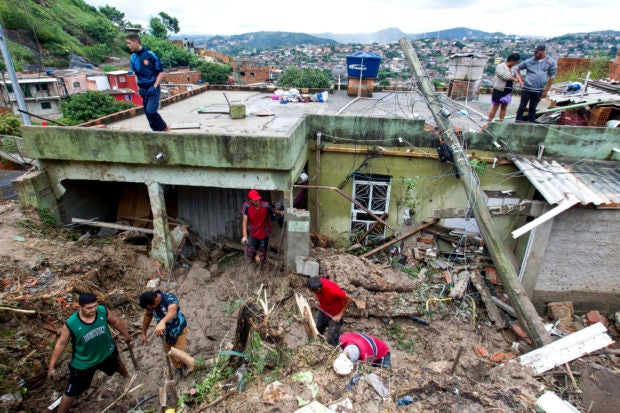 The storms in recent days caused floods and landslides, submerging entire neighborhoods and sending homes tumbling down hillsides in the states of Minas Gerais, Espirito Santo and Rio de Janeiro. Rains subsided by Monday, but were expected to resume later this week in some areas.

Those evacuated were being housed in makeshift shelters in churches, schools and fire stations. Local authorities have asked for donations of clothes, sheets and mattresses for the victims.

Local authorities warned that the Belo Horizonte metropolitan area, home to nearly 6 million people, could see up to 100 millimeters (4 inches) of rain in the next three days.

The city had 171 millimeters (6.7 inches) over one 24-hour period from Thursday to Friday, the highest rainfall in 110 years. Over 120 municipalities in Minas Gerais state have declared a state of emergency.