For real: Photos of ‘defecating’ man in Intramuros found authentic 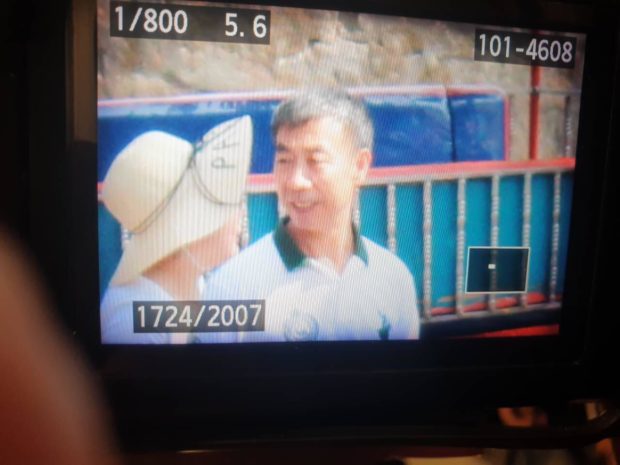 Photo of a foreigner wanted by the city government of Manila for allegedly excreting in public, released by the Special Mayor’s Reaction Team (SMaRT)

MANILA, Philippines — The hunt is out for the foreign national who was photographed on Sunday allegedly defecating in public within the historic walls of Intramuros, after authorities found that the pictures are authentic and not doctored.

Photos of the still unidentified foreigner have also been released by Manila’s Special Mayor’s Reaction Team (SMaRT) for the easier identification of the suspect, who is now wanted for violation of Article 200 or Grave Scandal under Offenses Against Decency and Good Custom in the Revised Penal Code.

Once identified, the suspect will be asked to appear before the Office of the Mayor, and to face charges against him.

Maj. Rosalino Ibay Jr., chief of SMaRT, said in his report that Ronald Joseph Alvarado, a professional photographer, appeared before their office to attest to the veracity of the incident.

Alvarado was the one who posted the photos on social media, which immediately went viral. In a tightened shot, the man could be seen sitting on a ceramic garden pot and appeared to be defecating.

Another professional photographer, Edward Dela Cuesta, tapped by the city government to determine if Alvarado’s pictures were authentic, assured that the pictures were not manipulated. These are now subject of SMaRT’s investigation.

“Such act (is) highly scandalous as offending against decency and good customs, and Alarm and Scandal,” Ibay said.

Ibay said SMaRT is now coordinating with the Intramuros Administration and accredited travel offices to get a shortlist of foreigners of those who visited the area at the time of the incident.

The Intramuros Administration earlier said their team also found no sign of defecation in the area.

It also said it is “concerned that instead of calling the attention of the guard who is posted there if true, the one who posted it is using this for the anti-Chinese sentiment.”