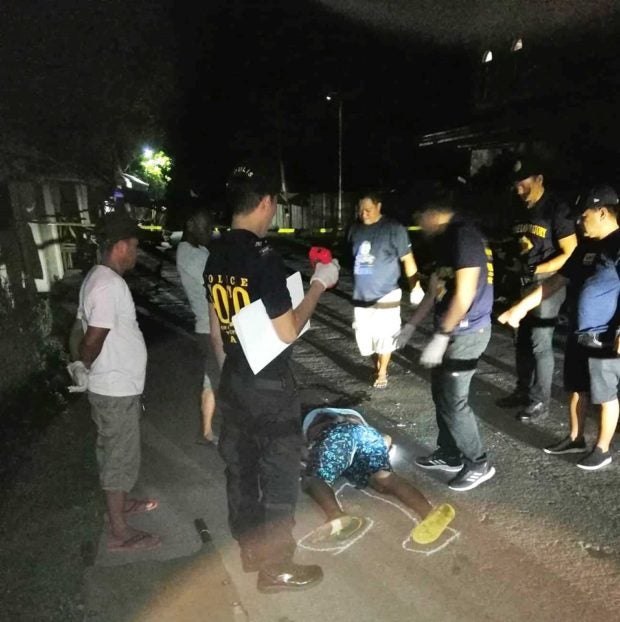 Personnel of the Scene of the Crime Operative is seen here processing the crime scene with the bullet-riddled body of the victim. Photo by Gil Tamayo

ORMOC CITY—A man arrested repeatedly for drugs was shot dead as he went home near midnight on Sunday (Jan. 26) at a village in the town of Barugo, Leyte province.

Alvino Adizas, 52, and a neighbor were walking after attending a vigil when still unidentified assailants shot Adizas repeatedly. His companion was unscathed.

Lt. Col Bella Rentuaya, spokesperson of the Eastern Visayas police, said Adizas had been in and out of prison for involvement in drugs.

Adizas had been released just recently from jail after a plea bargaining deal.