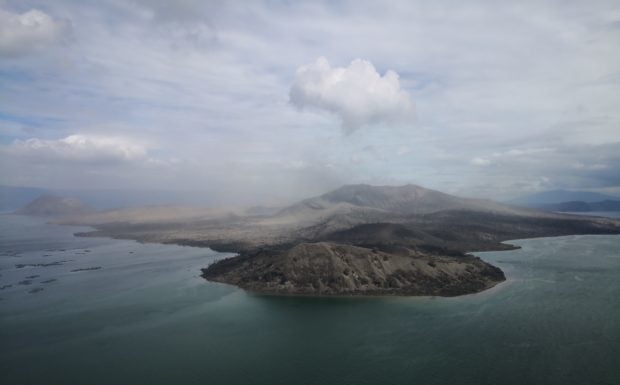 MANILA, Philippines (Updated) — The alert on Taal Volcano has been downgraded to Alert Level 3, the Philippine Institute of Volcanology and Seismology (Phivolcs) said Sunday.

Phivolcs, however, noted this should not be interpreted as “unrest has ceased or that the threat of hazardous eruption has disappeared.”

Phivolcs recommended that entry into Taal Volcano island or Taal’s Permanent Danger Zone as well as areas over Taal Lake within the seven-kilometer radius from the Main Crater must be strictly prohibited.

According to its bulletin, among the monitoring parameters Phivolcs observed in lowering Taal’s status was the lower number of volcanic earthquakes recorded.

Citing the Philippine Seismic Network (PSN), Phivolcs said significant earthquakes across the Taal region declined from 929 to 27 events per day and with peak magnitudes of 4.1 to 2.1 between January 12 and 24.

Phivolcs said the Taal Volcano Network (TVN) also recorded a “downtrend” in volcanic earthquakes from 944 to 420 events per day between January 17 and 24.

The lowering of Taal’s status came two weeks after it was raised to Alert Level 4 which means that “hazardous explosive eruption is possible within hours to days.”