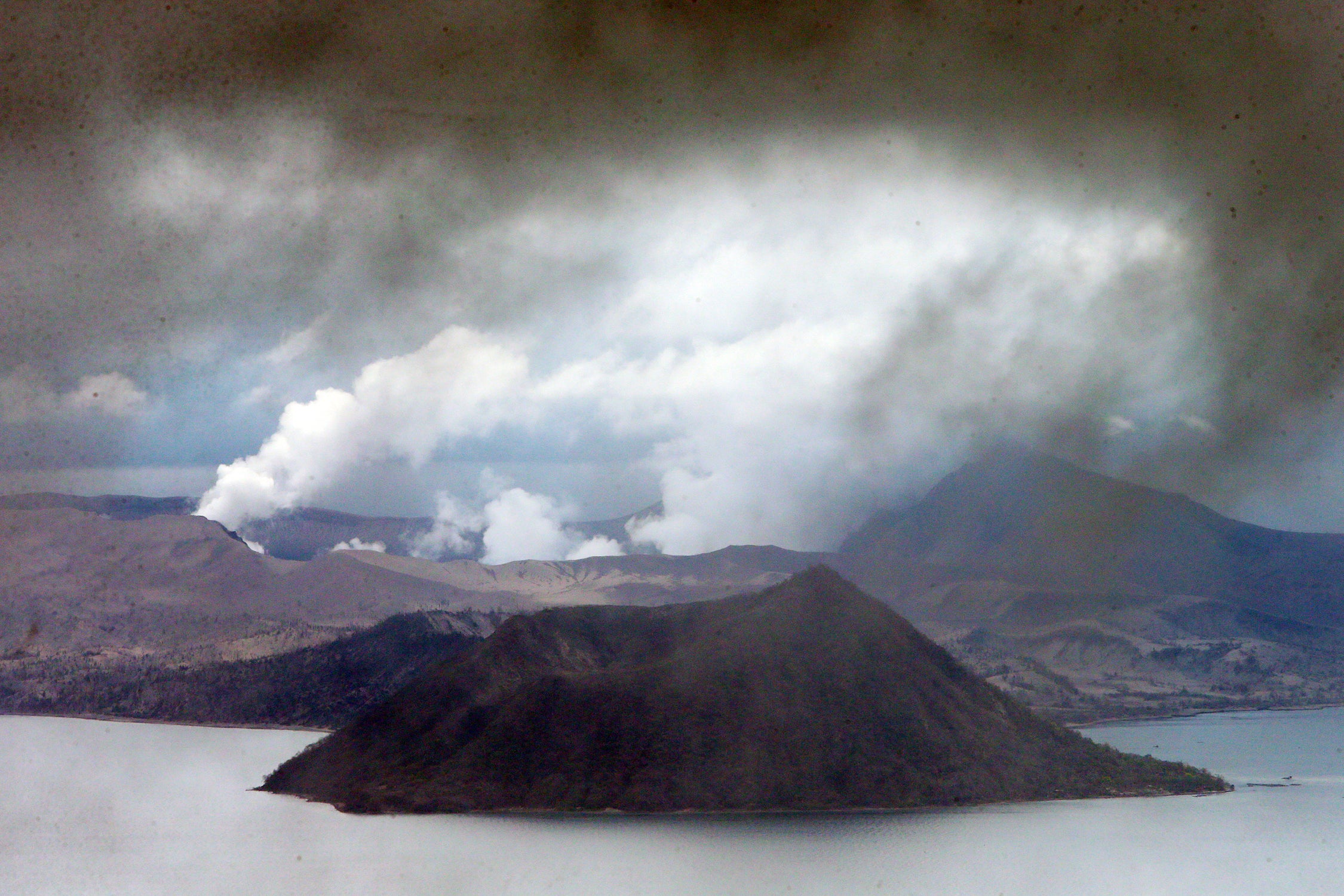 UNEASY CALM Almost two weeks since its steam-driven eruption on Jan. 12, Taal Volcano continues to emit weak to moderate smoke on Friday morning, an indication that magma was “still rising,’’ according to Phivolcs. —EDWIN BACASMAS

Taal Volcano has increased its emission of toxic sulfur dioxide since Friday, the Philippine Institute of Volcanology and Seismology (Phivolcs) announced on Saturday after it recorded an average output of 409 tons per day along with its continuing seismic activity.

Phivolcs said the recorded sulfur dioxide emission was up from the recorded average of 224 tons per day on Friday but it was significantly lower compared to the average of 5,299 tons daily, which was recorded on Jan. 13, the day after Taal Volcano erupted.

The volcano’s seismic activity was also significantly lower with the Philippine Seismic Network (PSN) recording only six volcanic earthquakes from 5 a.m. on Friday to 5 a.m. on Saturday.Since the volcano started erupting on Jan. 12, the PSN has recorded some 744 volcanic earthquakes, 176 of which were recorded at magnitudes M1.2-M4.1 and felt at Intensities I-V, the institute said.

The continued seismic activity, Phivolcs said, “likely signifies magmatic intrusion beneath the Taal edifice that may lead to eruptive activity” and the agency maintained its Alert Level 4, which means an imminent explosive eruption is possible within days or hours.

With the alert level remaining unchanged, the Department of Education (DepEd) said it would continue its relief activities in public schools that have been turned into evacuation centers.

The DepEd said 30,814 public school learners and 1,055 DepEd personnel were identified within the 14-kilometer danger zone. As of Saturday, the department had already tracked 21,207 learners and 536 DepEd personnel. Around 22,000 families have been staying in 318 public school evacuation centers in Batangas, Laguna and Cavite provinces since Jan. 12, according to DepEd.

The department also warned against individuals who are using the names of the agency, the education secretary and members of the executive committee to ask for financial donations.

Tourism Secretary Bernadette Romulo-Puyat warned travelers, as well as tourism industry stakeholders, to heed the advice of authorities over the Taal Volcano eruption.

“Safety is more important over any other tourism data. We will not allow our tourists to visit a destination if it’s not safe,” Puyat said in a press conference as tourism establishments began to reopen despite government warnings.