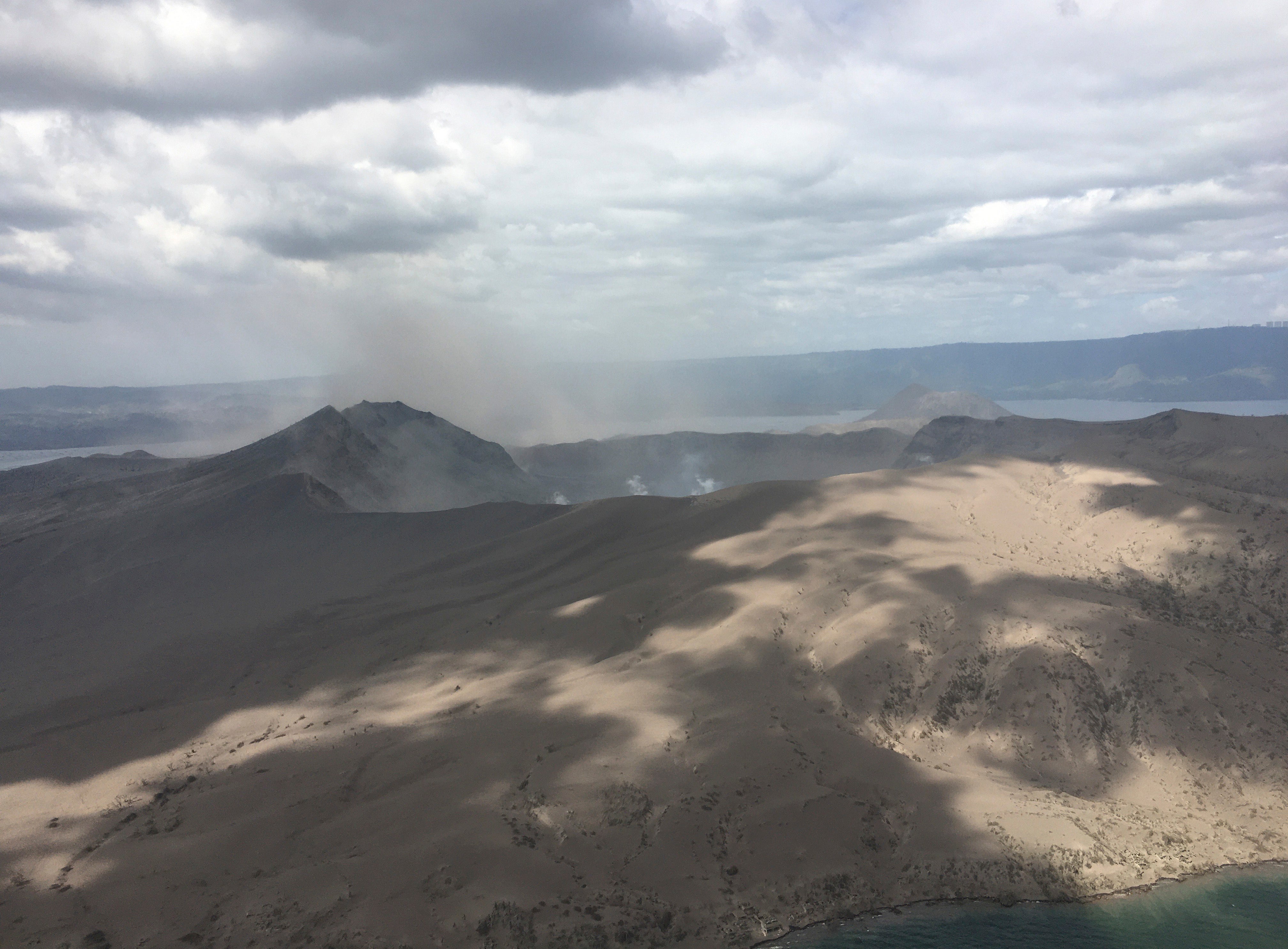 TAGAYTAY CITY –– The Taal Volcano that consistently emitted ash and plumes of white smoke all day long Friday drew crowds of spectators to the Tagaytay ridge here that offered a clear, open view of the restive volcano.

In small alleys, between lodging facilities and restaurants, many of which were still closed, people trickled in with cameras and phones as they took photos and videos. Many also took selfies.

Sonny Bisueña and wife from Imus City, Cavite pulled over the road along Barangay Mendez-Crossing East to take shots of the volcano. They were on their way to visit a property in Tagaytay City.

“We come here often but it’s our first time to see (the Taal Volcano) this way,” Bisueña said.

There were also a group of Chinese tourists and families with children, who dropped by to take a glimpse of the volcano.

Later in the afternoon, vendors peddling buko (young coconut) pie and packs of dried tawilis fish were seen around areas that seemed to have become instant viewing decks.

The ash plumes drew different reactions, some believing that these were signs of an imminent explosion. But others were awed, yet confident the volcano would not erupt any time soon.

The volcano began to emit thick ash anew past 5 a.m. Friday, several days after its lull since the phreatic eruption on Jan. 12.