Bato intends to talk to Duterte on US visa, VFA issues 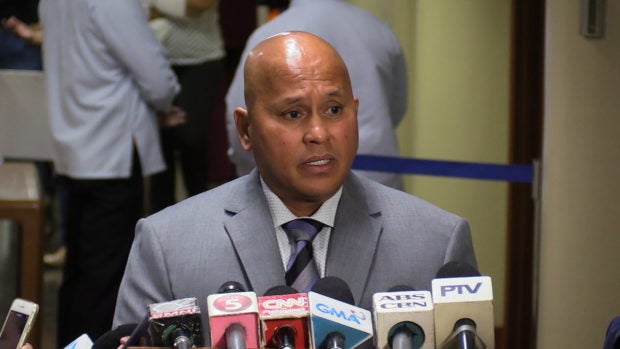 MANILA, Philippines — Senator Ronald “Bato” dela Rosa on Friday expressed intention to speak with President Rodrigo Duterte following the cancellation of his United States visa that eventually pushed the President to consider terminating the country’s Visiting Forces Agreement with the US.

Dela Rosa said he might meet with Duterte on Monday since the President is currently in Davao.

(I will thank him and say, “Sir, I did not know that’s how much you love me.” But as I have said, no matter which senator experience that, the reaction of the president would still be the same.)

The US earlier canceled Dela Rosa’s visa, prompting Duterte to threaten to scrap the Visiting Forces Agreement (VFA) between the US and the Philippines.

Dela Rosa said he will also urge Duterte to drop the issue but the final decision still depends on the President, as the visa case was Duterte’s “tipping point” and “last straw.”

(I can tell him, “Sir, that’s fine. Let it be if I don’t have a visa.” But the decision is still on him if he wants to push through with what he wants to happen.)

Further, Dela Rosa said that for him, Duterte should still attend the US-Association of Southeast Asian Nations (Asean) summit as per the invitation of US President Donald Trump.

Dela Rosa said this would prove that the Philippines’ foreign policy is “really independent.”

“Wala tayong kinikilingan. Neutral tayo. We can go to China, we can go to Russia, we can also go to US,” Dela Rosa said.

(We are not siding with anyone. We are neutral. We can go to China, we can go to Russia, we can also go to US.)