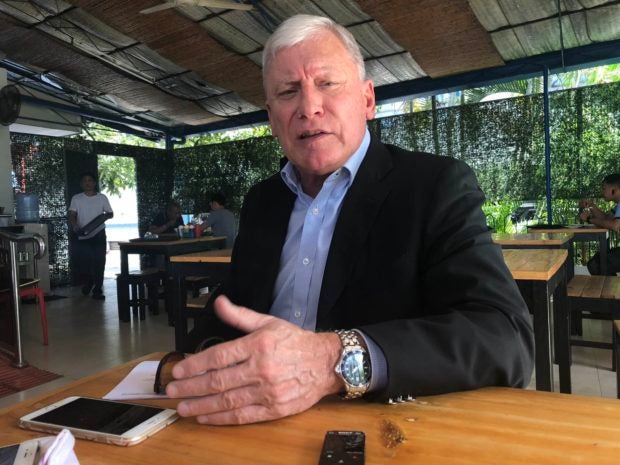 MANILA, Philippines — A member of the Inter-Parliamentary Union (IPU) visited Senator Leila de Lima at the Custodial Center of the Philippine National Police in Camp Crame, Quezon City, on Thursday afternoon to know if the lawmaker has been receiving a fair trial and “being treated according to law.”

Lawyer Mark Trowell said this is his first time to personally witness De Lima’s situation at the PNP Custodial Center, where she has been detained since February 2017. He thanked PNP chief Gen. Archie Gamboa for allowing him to visit De Lima despite limited access to foreigners who would want to check on the condition of the senator, who is a fierce critic of President Rodrigo Duterte.

“My task is to ensure at least to report whether a fair trial is taking place and whether she is being treated according to law,” Trowell told reporters in an interview.

“The government has shown common sense about this, and understand that when you deny access it is unfair. This is a positive for me,” he said.

In 2017, the Supreme Court junked De Lima’s petition for her release as well as for the dismissal of the drug charges filed against her.

In April 2019, IPU named De Lima as among the 187 “persecuted members of parliament worldwide,” and said the Philippine government should “drop all politically-motivated charges against De Lima.”