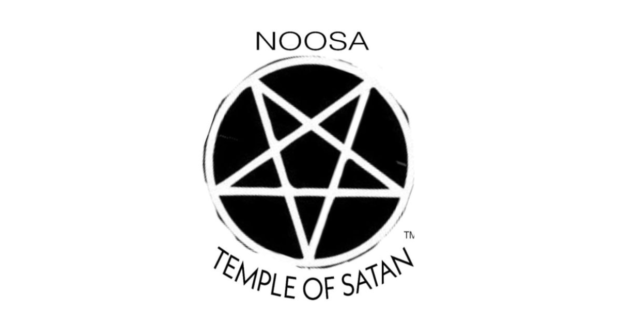 The Noosa Temple of Satan in Queensland, Australia is threatening to preach to students about “the dark lord” if the federal government enacts the controversial religious discrimination bill.

“Praise be Scott Morrison – if his Religious Freedom Bill is passed by Parliament it will open the gates of Hell onto the Streets of Australia,” the Noosa Temple of Satan said in a statement to Australian pop culture website Junkee.

The satanist group strongly disagreed with the said bill in a statement released on Facebook last Saturday, Jan. 18, saying the proposed law “is completely unnecessary and a waste of this Federal Government’s time.”

“Should this Parliament vote to enact this legislation then Satanists across Australia will aggressively use this law to ensure that we can access all the privileges it guarantees,” the group emphasized, seemingly trolling the government’s bill.

Have you sent in your submission? https://www.ag.gov.au/Consultations/Pages/religious-freedom-bills-second-exposure-drafts.aspx

The proposed law has stirred controversy as it will override existing anti-discrimination laws and may allow medical practitioners to reject patients for their faith, among others, as per The Guardian on Dec. 13, 2019.

The bill, introduced by attorney-general Christian Porter in August 2019, was originally drafted to make religion-based discrimination illegal. However, the new provisions in the second draft of the bill released last December make otherwise discriminatory sentiments allowed, as long as they are considered as “statements of religious belief.”

Such statements that will be protected may be of medical practitioners telling transgender parents that there are only two genders based on their faith, or of a teacher telling a student with a disability that their condition is a trial from God.

Some other examples from the Australian government’s explanatory memorandum compiled in the report include: a Christian may say unrepentant sinners will go to hell; a female employee may be told that women should submit to their husbands or should not be employed outside the home; religious hospitals and the like may discriminate against their staff on the basis of religion and reject applications of people outside of their faith.

The memorandum states, however, that these actions or statements should be made in good faith and not to intentionally incite hate against a person or a group, as per the report.

The Noosa Temple of Satan noted that should this bill be approved, it will make use of their access to street evangelism, school breakfast programs, several academic programs and public facilities, saying “the list is endless.”

“Satan has great plans for the future of Noosa and Australia and we intend to use every avenue available to us to reach our goals,” the statement read.

The statement was penned by a Brother Samael “Demo-Gorgon,” a title seemingly referring to the Demogorgon, a primordial demon often associated with the underworld in literature.

The religious discrimination bill is currently open for its second round of public comment until the end of January. Ian Biong/NVG

Read Next
DOH: No test results yet on sample taken from Chinese boy suspected with 2019-nCoV
EDITORS' PICK
Robinsons Malls partners with toktok
‘Mission accomplished, Noy’: PH grieves for ‘man of honor’
vivo partners Shopee to launch its first-ever Super Brand Day
Duterte declares June 24 to July 3 as national days of mourning for Aquino
CDO Foodsphere on its 46th year
Farewell, son of Tarlac
MOST READ
Kris Aquino says brother Noynoy has forgiven her before his demise
US State Dep’t OKs possible sale of fighter jets, missiles to PH — Pentagon
Russia warns Britain it will bomb ships next time
Ninoy’s letter to Noynoy
Don't miss out on the latest news and information.