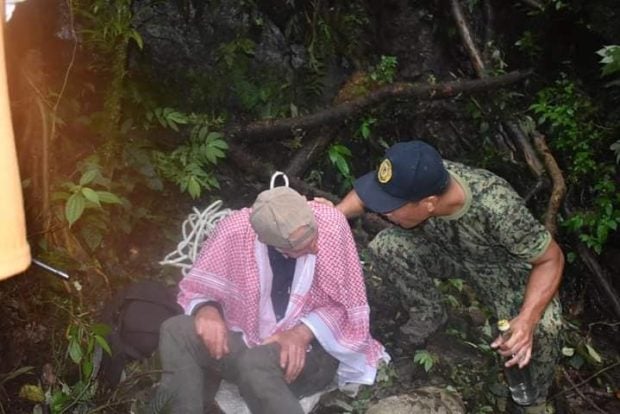 French national Jacques Francioly, 70, has been found alive but in need of immediate medical attention at a ravine in Mt. Province. Jacques went missing for a week after touring Barlig town. Photo from Barlig Municipal Police Station

BAGUIO CITY ––A 70-year-old French tourist, who went missing for a week, has been found alive at a ravine in Barlig town, Mountain Province on Wednesday afternoon, police said.

Investigators said Jacques Francioly failed to return to his motel room after going on a tour around the town at 8:30 a.m. on Jan. 14.

The search-and-rescue team immediately went to the site and brought Francioly to the Barlig District Hospital for treatment.

Investigators have yet to say how Francioly ended up at the ravine.