Korean applies for job, gets kidnapped in Manila 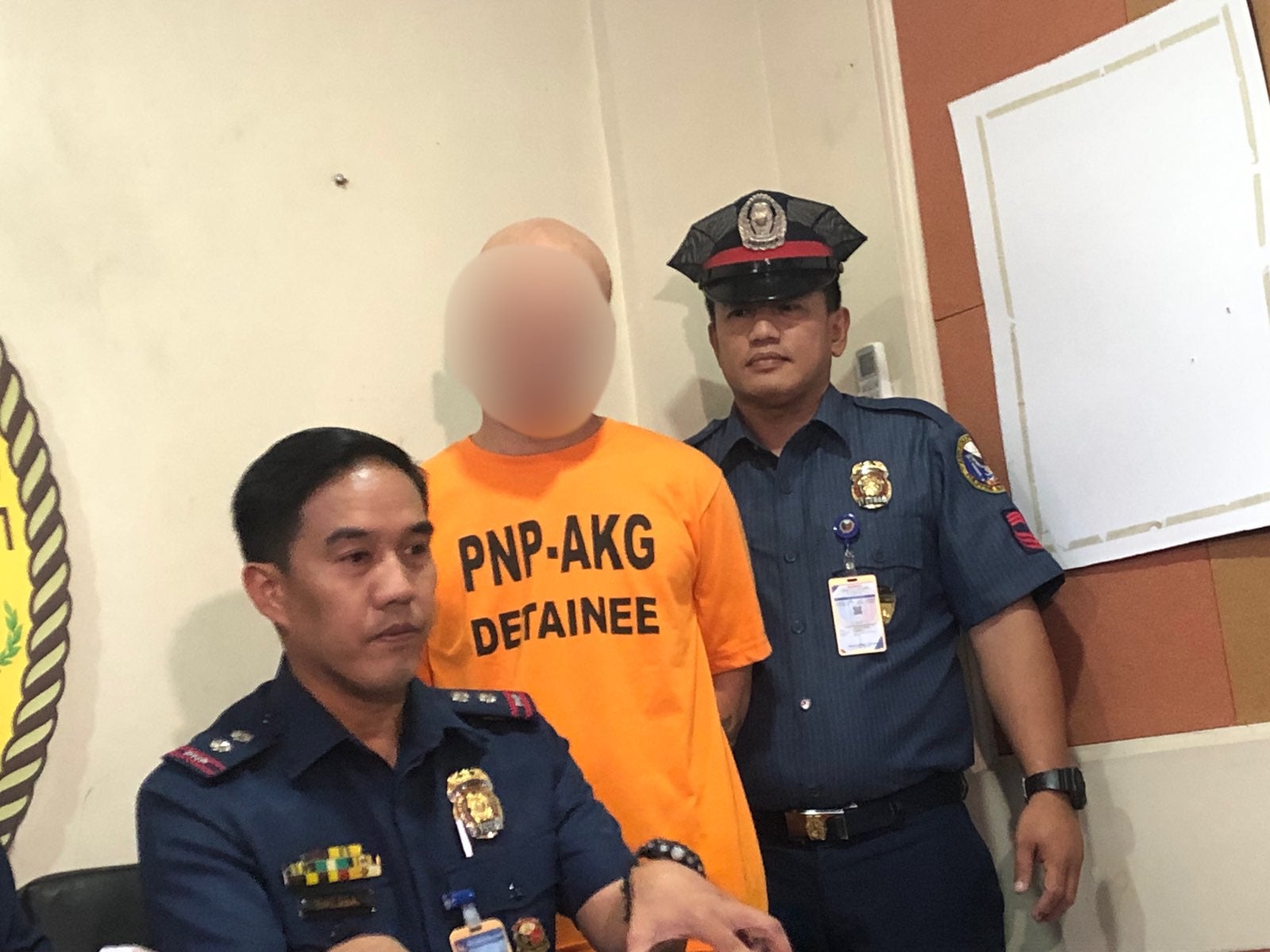 Na Jin Suk, (center) was arrested on Jan. 22 for allegedly kidnapping a fellow compatriot, who was forced to work at an illegal firm. PNP-AKG said the Korean Embassy asked the suspect’s photo to be blurred. Consuelo Marquez, INQUIRER.net

MANILA, Philippines — A Korean national was hoping to get a job offered by his compatriot but instead, he ended up being detained in Manila by fellow Koreans, Philippine National Police’s Anti-Kidnapping Group (PNP-AKG) said Wednesday.

Based on the initial investigation, Bannawagan said Kim arrived in the country on Jan. 19 after his college senior offered him a job.

Kim then went to a condominium in Ermita where three Korean men, including the suspect, asked him to surrender his passport and phone.

Kim discovered that he was being forced to work at a company involved in “voice phishing,” which means “telephone fraud with extortion,” Bannawagan said.

After two days, the victim reported his situation to his mother in Korea, who then alerted the Korean Embassy on the incident.

Acting on the Korean Embassy’s letter, elements of PNP-AKG, Korean police and Manila Police District went to the condominium and rescued Kim on Tuesday night.

Authorities also arrested suspect Na Jin Suk, 36, who was detained in PNP-AKG Headquarters and would be facing charges of kidnapping with serious illegal detention.

The suspect was presented to the media at the AKG Headquarters on Wednesday but opted not to give his statement on the incident.