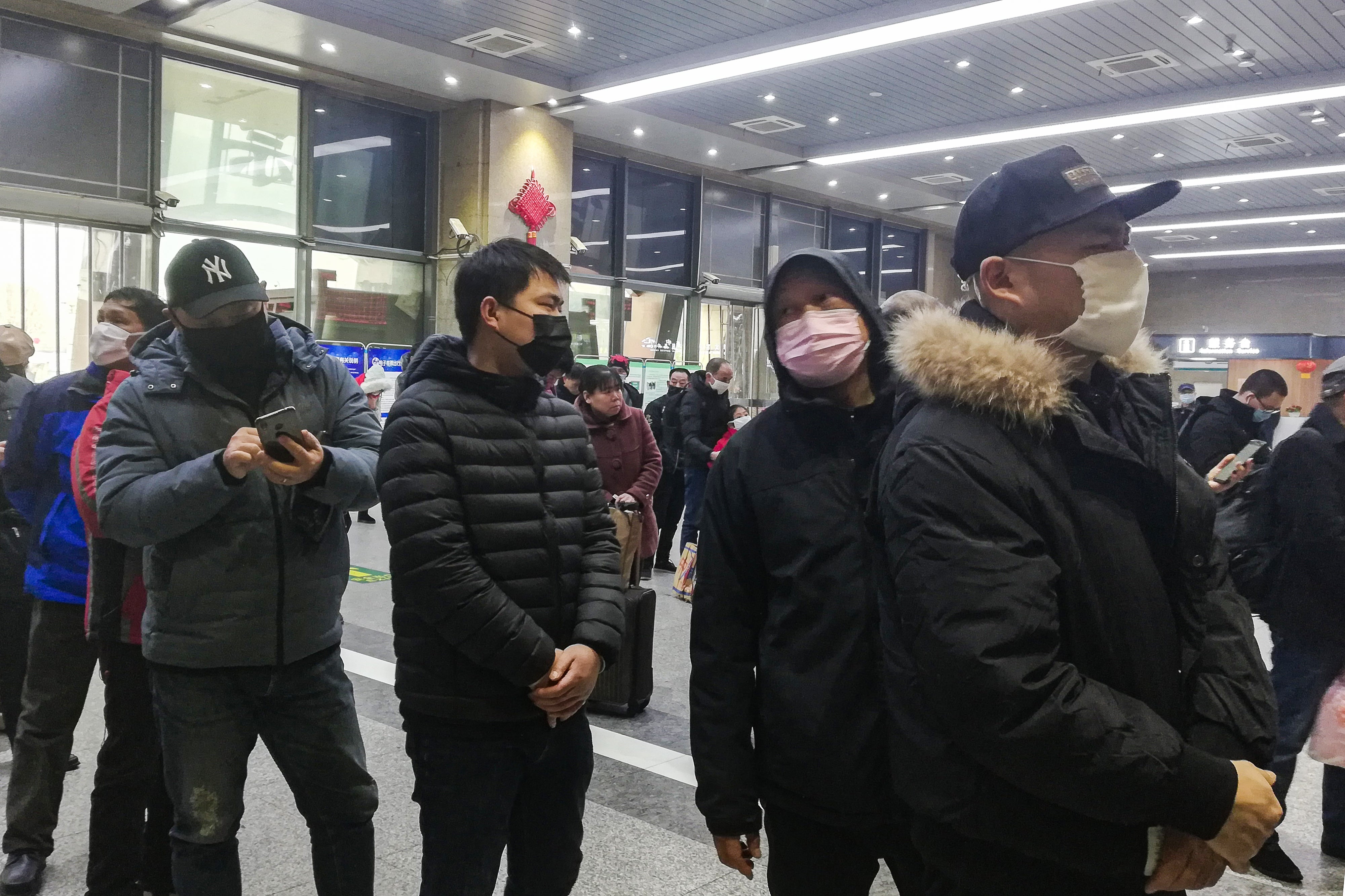 Commuters wearing face masks queue at Wuchang railway station in Wuhan, China’s central Hubei province, on January 22, 2020. – The Chinese city at the center of a SARS-like virus outbreak has urged people to stay away, canceling a major Lunar New Year event, as it strives to contain a disease that has spread across the country. (Photo by STR / AFP) / China OUT

BEIJING, China — The Chinese city at the center of a SARS-like virus outbreak has urged people to stay away, canceling a major Lunar New Year event as it strives to contain a disease that has spread across the country.

The death toll from the virus, which first emerged in the central city of Wuhan, has reached nine while more than 400 people have now been confirmed infected across the country.

The disease is spreading just as hundreds of millions of people are traveling in packed trains, planes and buses across China to gather with friends and family for the Lunar New Year holiday, which starts on Friday.

Wuhan’s mayor Zhou Xianwang urged residents to not leave the city and visitors to avoid it so that the possibility of transmission can be reduced.

National Health Commission vice-minister Li Bin added his voice to calls to avoid the city, saying Wednesday it was best “that people do not visit Wuhan unless needed and for Wuhan residents not to leave the area.”

Wuhan has 11 million inhabitants and is a major transport hub.

Fever scanners have been set up at the city’s train station and airport and officials check the temperatures of drivers at highway checkpoints, while outbound tour groups have been banned from leaving the city.

The National Health Commission announced measures to curb the spread, including disinfection and ventilation at airports and bus stations as well as inside planes and trains.

The vast majority of cases of the new virus have been found in Wuhan, where a seafood market that illegally sold wild animals is the suspected epicenter of the outbreak.

The virus, which can be transmitted between humans and could mutate, has also infected people in other countries including the United States, Thailand, Japan, and South Korea.

The Wuhan government said in a notice Tuesday that it will cancel activities during China’s Lunar New Year holiday.

The patients, wearing normal clothes with face masks, had their temperatures checked by a doctor as queues snaked out of the consultation room into the corridor.

Security staff in reflective jackets with radios moved through the crowds of patients.

Wuhan has canceled the annual prayer-giving at the city’s Guiyuan Temple and has closed the temple — which attracted 700,000 tourists during last year’s holiday.

The Wuhan New Coronavirus Infected Pneumonia Prevention and Control Headquarters said it would cancel public events that were not necessary.

All local artistic and theatre performances have been canceled, it said, and the museum is closed. It has also pulled plans to send opera troupes around rural areas during the holiday.

The city government has announced a series of tightening measures after facing criticism for holding a public banquet at the weekend, despite the spread of the virus.

The annual feast was attended by 40,000 families.

In response to the criticism, Wuhan’s mayor said at the time they didn’t fully understand how the virus was spread.

Police are now conducting spot checks for live poultry or wild animals in vehicles exiting and entering the city.

“We already know that the disease originated from a market which conducted illegal transactions of wild animals,” said Gao Fu, director of the Chinese center for disease control and prevention.

“This might be the cause, so the disease could be on an animal, and then passed on from this animal to a human.”

Vincent Lemarie, a French university professor who has lived in Wuhan for six years, told AFP that many people are wearing masks in the streets, and there is a high police presence.

“There are no more masks in pharmacies, everything has been snatched up,” he said.

Melissa Santos, a student from the Dominican Republic living in Wuhan, said a friend who lives elsewhere in Hubei province canceled an invite for her to visit him during the holiday.

“He was afraid that I would infect him,” she said. “Personally, I also preferred to cancel my visit so as not to take the train and find myself next to contagious people.”