O Canada: how life will change for Harry and Meghan 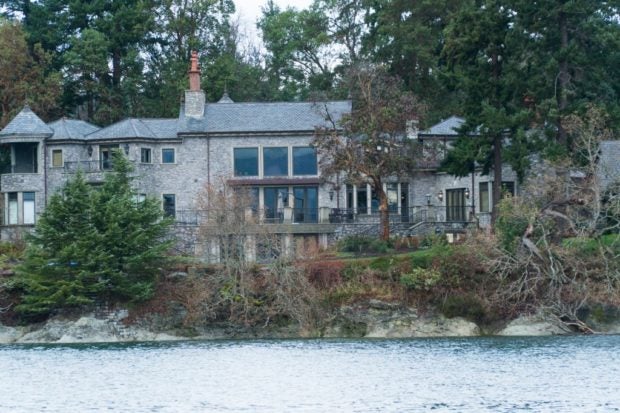 The residence of Prince Harry and and his wife Meghan is seen in Deep Cove Neighborhood from a boat on the Saanich Inlet, North Saanich, British Columbia on January 21, 2020. The new neighbors have been spotted out hiking and down at the farmers’ market, but residents of North Saanich say they will ensure privacy for Harry and Meghan at their Canadian island hideaway. AFP

VANCOUVER, Canada — Prince Harry and his American wife Meghan have eschewed many of the trappings of a royal life in London for what the Duke of Sussex says he hopes will be a “more peaceful life” in Canada.

For now, at least, they will live in North Saanich, on the southern end of Vancouver Island — literally half a world away from the bustle of London’s affluent Kensington district that Harry once called home.

Harry, a fan of powerful English football team Arsenal, may have to cheer for the Vancouver Whitecaps if he wants to watch the beautiful game — or embrace Canada’s national sport, ice hockey.

As for their new home, the community of North Saanich is described on its official website as a “highly desirable rural-residential area” with a “rich agricultural interior” — not exactly Kensington’s High Street.

The following is a look at how life may look for Harry, Meghan and their infant son Archie — at least in the short term before they buy a permanent residence.

North Saanich — where the couple is currently staying at the Mille Fleurs waterfront estate — was home to a little more than 12,000 people in 2018, according to Canadian government census data.

That’s about a third of the population of Windsor, where Harry and Meghan most recently lived in Frogmore Cottage, and a tiny fraction of the number of people in London or Toronto, where Meghan lived for years while working on the television show “Suits.”

The couple constantly makes headlines in the Daily Mail, other British tabloids — and around the world.

The local paper, the Peninsula News Review, also featured Harry and Meghan as its top story Tuesday — but featured as well on the website’s front page was the tale of a local woman who went viral for dressing as a dinosaur.

A pamphlet for new residents of the Canadian seaside community, available online, offers details about local transportation, tree cutting — and licences the couple will need for Meghan’s dogs.

The Duchess of Sussex was seen hiking with Archie in Horth Hill Regional Park.

It appears that Harry, 35, and Meghan, 38, are looking for a quieter life, but they will surely need a dose of city living from time to time, which they can easily find in Vancouver.

While Harry was hammering out the details of their withdrawal from royal life, Meghan was visiting two women’s charities in the bustling Pacific coast port city, a ferry or helicopter ride away.

Vancouver has a variety of nicknames, including Hollywood North — it is home to numerous TV and film sets — and No Fun City, an in-joke about its perceived lameness.

Harry may miss watching his beloved Arsenal, but Vancouver boasts its own football team — the Whitecaps, which are part of US-based Major League Soccer.

Of course, there are the Canucks, the city’s beloved hockey team. Or the BC Lions, which play in the Canadian Football League — similar to American football, with slightly different rules.

As far as shopping goes, farmers’ markets and roadside produce stands in North Saanich may replace the luxury of Harrods for the time being.

Vancouver is a foodie haven, but the couple might have trouble slipping into a local pub for a bite. Even in North Saanich, one restaurant owner turned them down due to the security needed.

Bev Koffel, who owns Deep Cove Chalet, said her chef husband Pierre had said no to the couple’s guards when they called for a reservation.

“You know what Pierre’s like,” she told the Victoria Times Colonist, a local newspaper. “We’ll see what happens,” she said of possibly welcoming the couple in the future.

“Let them have their peace and quiet. For us to be so lucky to have them in the area, how lucky is that?”