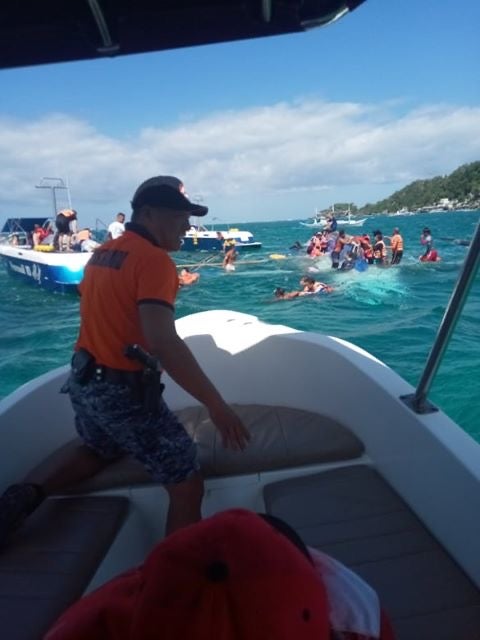 MANILA, Philippines — A Chinese tourist died while 27 others were rescued after a tourist boat capsized in the waters off Boracay.

The Philippine Coast Guard, which conducted the rescue, said its rescue team failed to revive one passenger identified as Hongfang Kuai, 45, who was in critical condition.

Three other Chinese tourists were hurt: Lu Kaile, 11; Gao Yue, 24; and Luo Meimei, 60. They were brought to the nearest hospital and are now “safe and in good condition.”

The rest of the passengers and crew were unharmed, Balilo said.

The motorbanca “Jocelyn 1” was on an island-hopping tour when it capsized at around 11 a.m. after strong winds broke the boat’s outrigger.