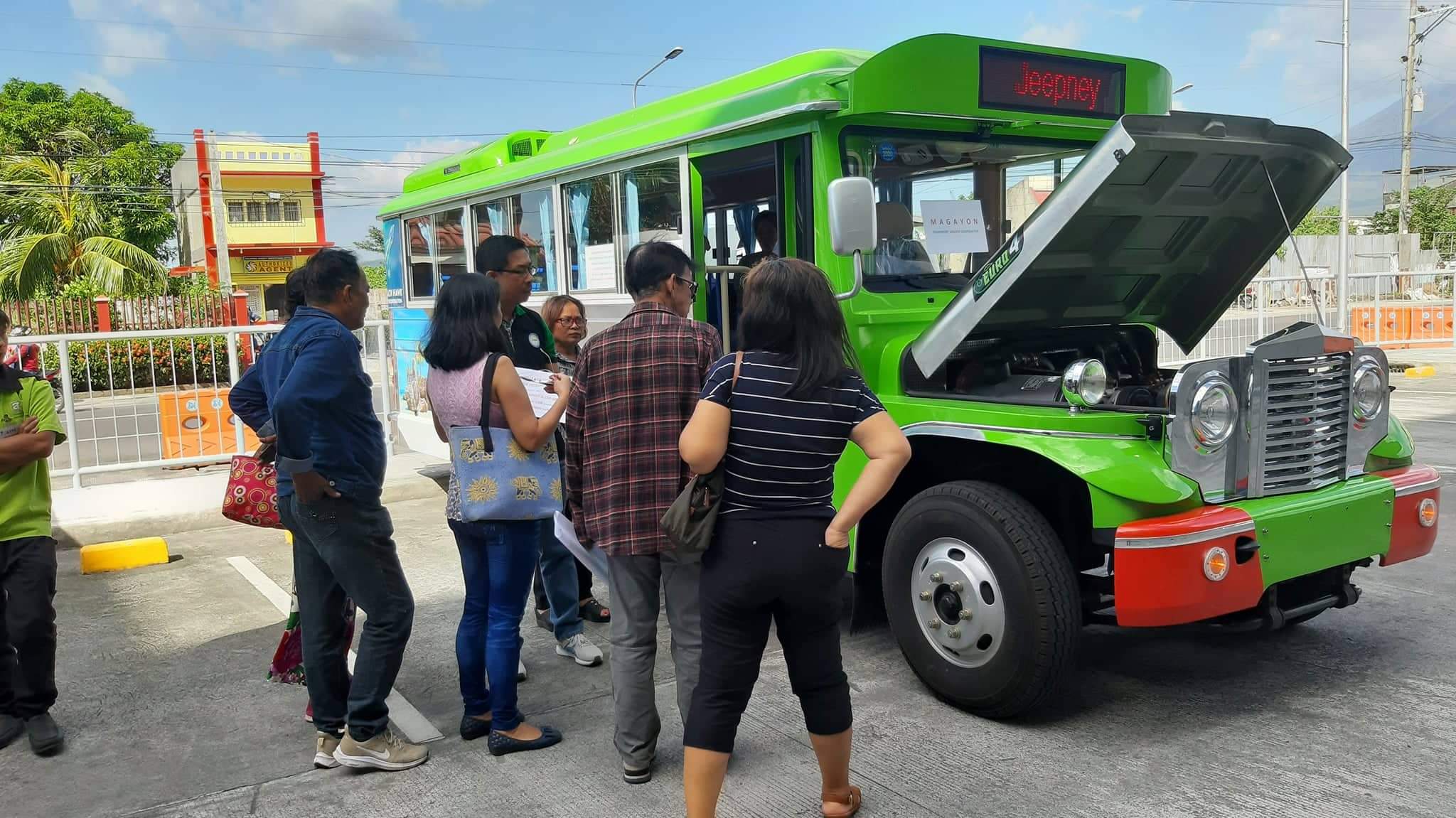 Jeepney operators and commuters check on the features of the modern jeepney displayed at the SM Legazpi in Legazpi City on Tuesday. INQUIRER PHOTO/MICHAEL B. JAUCIAN/INQUIRER SOUTHERN LUZON

LEGAZPI CITY –– Commuters and some jeepney operators welcomed the introduction of the modern jeepney, which was displayed by the Department of Transportation at a mall here on Tuesday.

Col. Eduardo C. Montealto Jr., officer-in-charge of the Land Transportation Franchising and Regulatory Board in Bicol, said “the primary concern of these public vehicles is to ensure the safety of the commuting public.”

He said modern public vehicles like this, was equipped with
a tracker to trace the whereabouts of the commuters. He said it also has an automatic fare collection system, wherein commuters would pay through cards.

The full implementation of the modern public utility jeepney is scheduled for July 1.

“One of the positive things about these modern vehicles is it would help to lessen or even eliminate pollution that contributes to climate change. Also, it would decongest traffic because these modern jeepneys have a big capacity,” Montealto said.

Lawyer Noreen Lutey, director of the Land Transportation Office in Bicol, said jeepney operators should submit to the government’s modernization program for the welfare of the public and avoid road accidents.

“I am convinced with the design. The face of the old jeepney was not removed,” said Pedro Toldas, an operator of a public utility vehicle in Sorsogon province.

He said the modern jeep is safer because passengers would no longer be able to ride on its top.

He said it was also air-conditioned and has security cameras.

Adelina Magallon, a daily commuter, was impressed with the modern jeep but was worried about the cost of the fare./lzb