Major doctors’ group calls for US to assure coverage for all

WASHINGTON – With health care an election-year priority, a major doctors’ organization on Monday called for sweeping government action to guarantee coverage for all, reduce costs and improve the basic well-being of Americans. 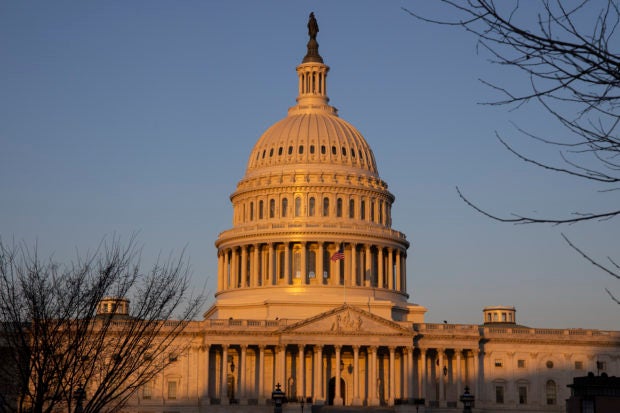 The U.S. Capitol at sunrise on Monday, Jan. 20, 2020, in Washington. A major doctors’ organization is calling for sweeping government action to guarantee coverage for all, reduce costs, and improve the basic well-being of Americans. (AP Photo/Jon Elswick)

Declaring that the U.S. health care system “is ill and needs a bold new prescription,” the American College of Physicians endorsed either of the two general approaches being debated by Democratic presidential candidates: a government-run “single-payer” system that would cover everyone, or a new “public option” government plan that would offer comprehensive coverage to compete with private insurance.

But the group’s president, Dr. Robert McLean, said his organization is not signing on to specific proposals, such as Vermont Sen. Bernie Sanders’ “Medicare for All” bill or former Vice President Joe Biden’s combination of a public option, improvements to “Obamacare” and deputizing Medicare to negotiate prescription drug prices.

Instead, he said, the group arrived at its recommendations by analyzing available evidence on what might best address the nation’s problems with high costs, gaps in insurance coverage, uneven quality, and mind-boggling complexity.

“We think there is a realistic chance that either of these two approaches could get us to a much, much better place,” said McLean. “It is not looking to be partisan, but I would say it is unavoidably political because policy is political.”

One problem Sanders’ plan poses for McLean’s group is its reliance on Medicare rates, which are well below what private insurance pays.

Although less well known than the American Medical Association, the group represents doctors who are critical in the health care system. Its 141,000 members in the U.S. are internal medicine specialists, focusing on adults from Medicare recipients to people in their working years covered by employer plans.

Doctors have traditionally been central in the nation’s health care debates. The AMA’s approval helped President Barack Obama pass the Affordable Care Act, and physicians’ groups were a core element of the coalition that blocked President Donald Trump’s efforts to repeal it.

About half of U.S. adults support a national Medicare for All plan, according to recent polling by the nonpartisan Kaiser Family Foundation. A public option garners more support, with about two-thirds backing it. Both ideas face strong opposition from health insurance companies and other industry players.

McLean said his group is seeking comprehensive solutions that address coverage, cost, quality and complexity. Tackling one area and not the others won’t suffice, he said. He said Republican proposals to encourage patients to be better consumers of health care fall short because they don’t address coverage gaps or guarantee comprehensive benefits.

His organization’s framework was outlined in a series of papers published in its journal, Annals of Internal Medicine.