MANILA, Philippines — Taking his cue from President Rodrigo Duterte, a party-list lawmaker allied with the administration on Monday sought a probe on the alleged “lopsided” concession agreement between the government and the Light Rail Management Corporation (LRMC), which manages the Light Rail Transit Line 1 (LRT-1).

Anti-Crime and Terrorism Community Involvement and Support (ACT-CIS) partylist Eric Yap filed House Resolution No. 467 which urges the appropriate House Committees to conduct an inquiry on the concession agreement.

In his two-page resolution, Yap said that while the agreement will cover a 32-year period, the Gross Revenue Amount reported by LRMC in just four years appeared to be bigger than the Project Concession Fee.

“[This] may indicate an unjust and inequitable terms that may put the financial burden of the agreement to the government,” the resolution read.

President Duterte on Friday said he wants to have the government’s contract with LRT-1 also reviewed, noting that that, too, was ran by the businessmen who first came under fire for alleged “onerous” provision in their companies’ respective water concession agreements.

Thus, the lawmaker said, “There must be a review of such existing government contracts with private firms to ensure that these are primarily advantageous to the Filipino people.” 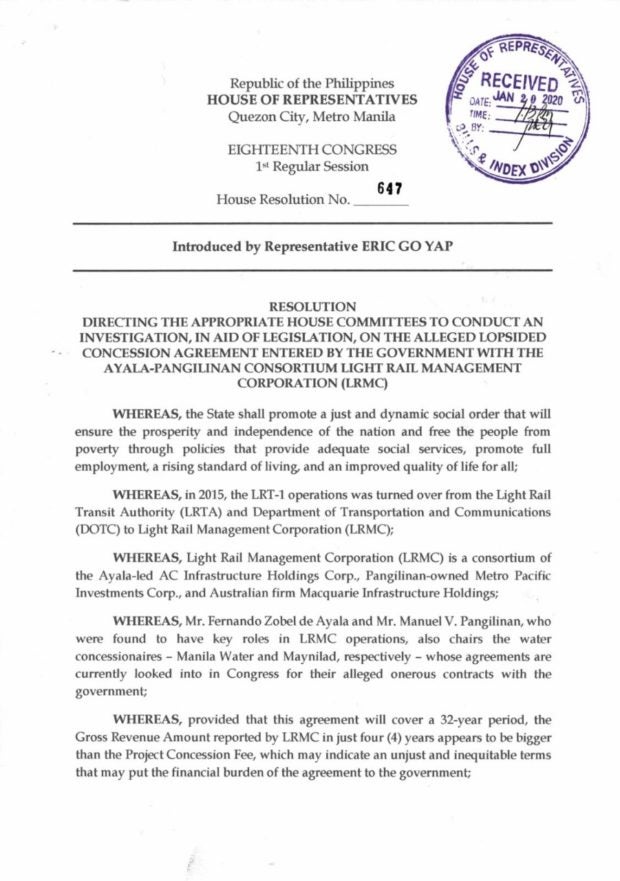 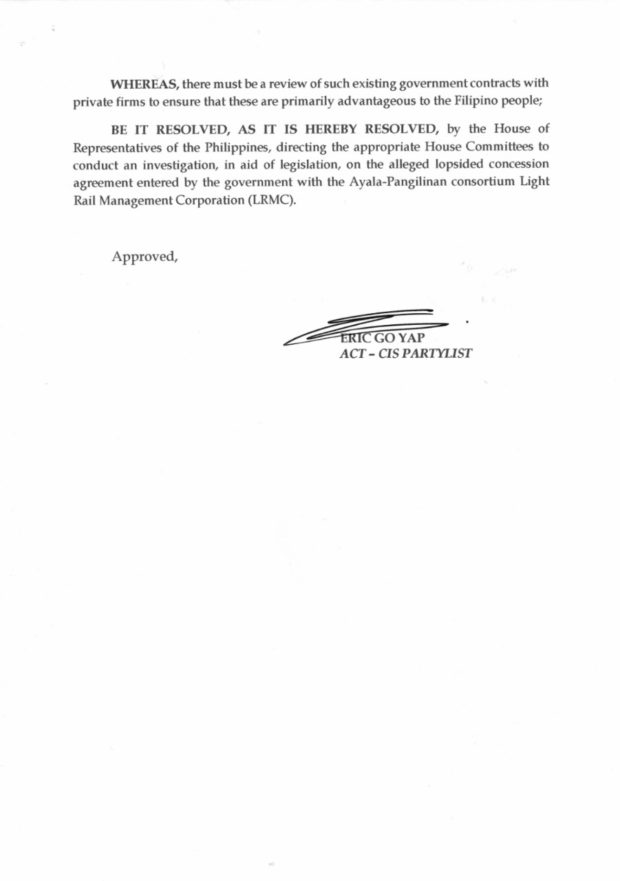