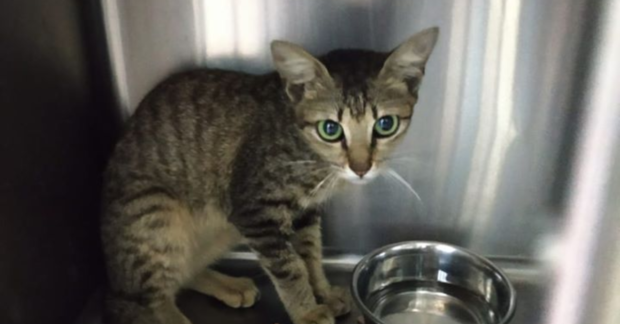 A kitten was finally saved from a 25-meter tall pillar yesterday, Jan. 19, four days after it was first noticed by pedestrians.

When the animal was initially spotted at the Kochi Metro station in India, locals had tried to save it on their own, as per Hindustan Times yesterday. Despite their efforts, the cat disappeared in the cracks of the building, which led others to believe that it had already gotten down by itself.

However, the kitten was seen again yesterday still on top of the pillar. Pedestrians contacted a nearby fire department for help.

Authorities arrived soon after, with big girders and ladders to rescue the cat from the 25-meter tall pillar. Yet when officers got to the station, the kitten disappeared once more. According to the report, this led two firefighters to crawl on the high pillar to corner the kitten.

After a two-hour and 45-minute operation, authorities forced the kitten to jump off from the pillar and onto a net that was spread to catch it. As it fell safely into the net, the kitten was brought to a veterinary hospital.

Despite being stranded in the station for four days with no food, doctors said it was recovering well, the report stated.

Moments after the animal was retrieved, Kochi Metro Rail Ltd. (KMRL) posted a photo of the kitten on its Facebook page. The cat had a gray and black coat, and green eyes.

The company recounted how the animal was saved by firefighters, and noted that the officers were briefed about electric lines prior to the rescue.

Every life matters:A kitten was rescued today from the top of a Kochi Metro rail pillar at Vytilla junction. We…

“Five KMRL officials monitored the entire rescue operation,” it pointed out. “Finally, the kitten was rescued and is safe and healthy.”

The report also stated that animal lovers have since expressed interest in adopting the said kitten. Ryan Arcadio/JB