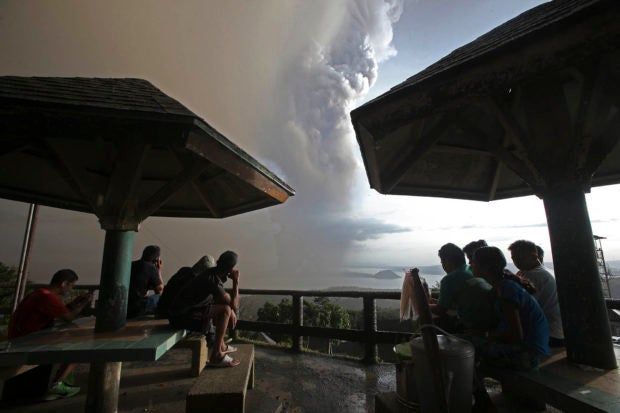 MANILA, Philippines — The Department of the Interior and Local Government (DILG) has warned businesses in the vicinity of Taal Volcano, including Tagaytay City, of possible closure if they should defy the order to stop operating while the volcano was still in a state of unrest.

DILG Undersecretary Epimaco Densing told reporters in Malacañang on Monday that the agency could deploy police officers to close down business establishments that would defy such directive.

“We will order the local chief executive to close them down, cancel their mayor’s permit (and/or) their operating permits. And if they continue to operate in the absence of those permits, we will send the Philippine National Police to close them down,” Densing said.

The DILG official issued the statement in the midst of reports that some business establishments in Tagaytay City, including hotels and restaurants, have resumed operations even as the Taal Volcano remains under Alert Level 4, which means that a violent eruption is imminent.

Densing explained that Tagaytay, which lures local and foreign tourists due to its crisp, cool climate, and breathtaking view of Taal Volcano, was included in the order due to its proximity to the Taal Volcano Island.

(Villages in the lower part of Tagaytay City are under total evacuation. Meanwhile, those on the high-side, in the upper part of the city, we also stopped business operations so no tourist or locals will be there in case of a violent eruption.)

Taal Volcano, the second most active in the country, suddenly blasted ash and steam up to 15 km into the sky on January 12, forcing the evacuation of people in the Volcano Island as well as in several towns on the rim of Taal Lake.

In the past 24 hours, the activity in the volcano’s main crater was characterized by “steady steam emission and infrequent weak explosions,” state volcanologists said.