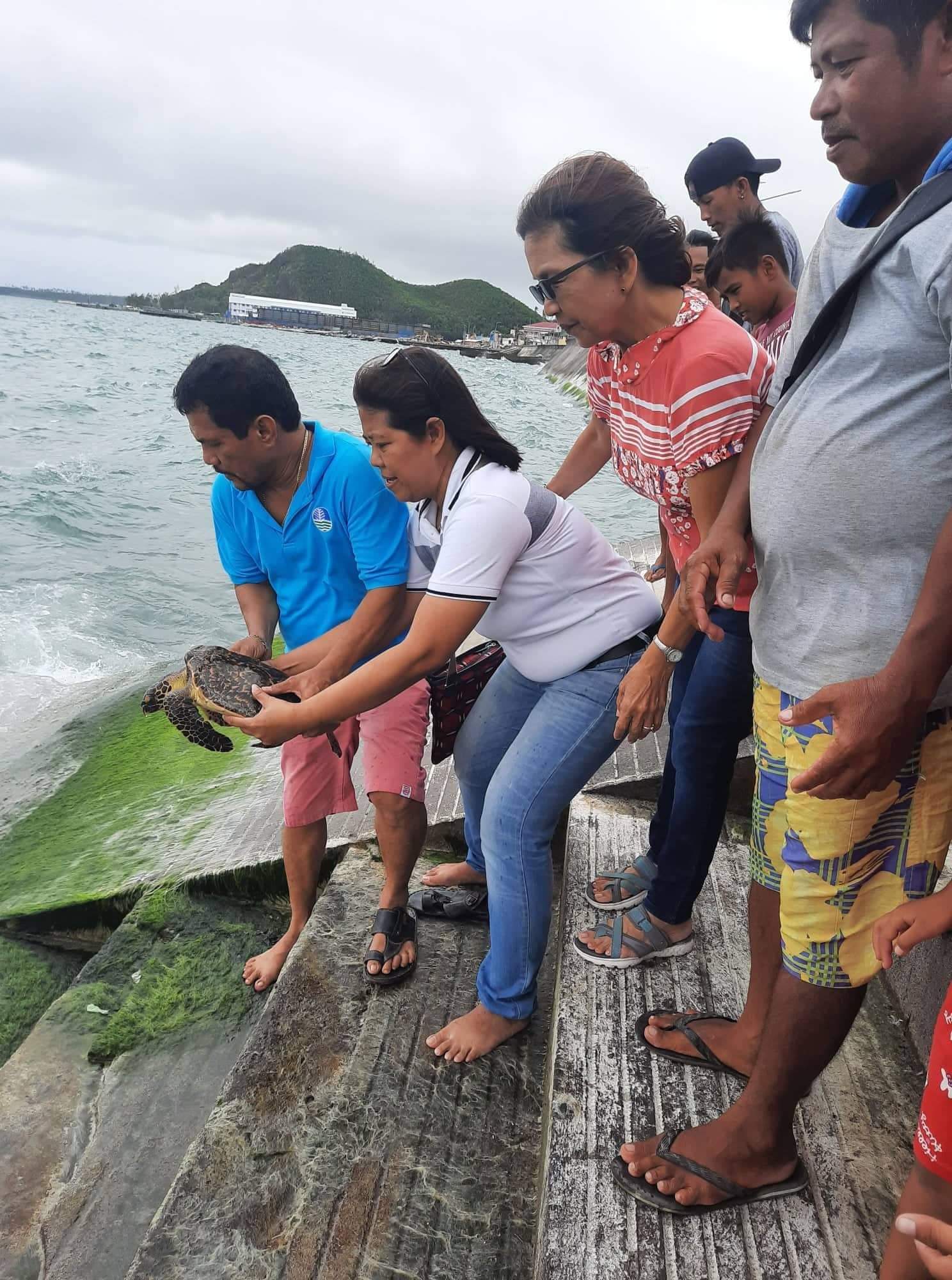 Village officials of Baybay in Legazpi City release a green sea turtle, which was initially caught in a fisherman’s net, back to the sea Saturday. Photo from Albay PNP

LEGAZPI CITY — A green sea turtle (Chelonia mydas) was accidentally  trapped in a net of a fisherman on Saturday noon off  the waters of Barangay (village) Baybay in this city.

The green sea turtle measured 13 centimeters in length and 12 centimeters in width when accidentally caught by the net owned by Jaime Bobis, a fisherman of said coastal village.

Bobis said that while he was fishing at around 11:30 a.m., he discovered that a  green turtle was accidentally trapped  in his net at the Albay Gulf, according to Police Capt Dexter Panganiban, Albay police spokesperson.

It was immediately reported to Teresita Empig, village chief of Baybay, for documentation. It was released back to the sea at around 1:25 p.m.

The release of the green sea turtle was witnessed by the city Bantay Dagat personnel and a representative from the Department of Environment and Natural Resources (DENR).

The green sea turtle is a species of large sea turtle that live in coastal areas and shallow lagoons. It is listed as endangered by the International Union for Conservation of Nature.