Napolcom to ‘revisit’ policies in curbing corruption in PNP — exec 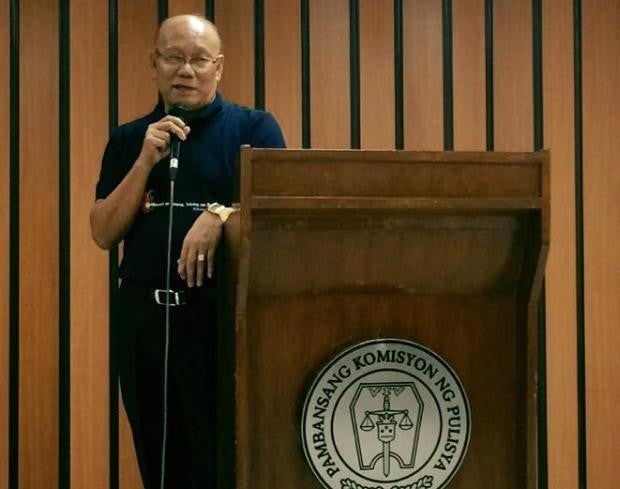 Rogelio Casurao, vice chairman and executive director of the Napolcom. (Photo from the Facebook page of Napolcom)

MANILA, Philippines — An official of the National Police Commission (Napolcom) said Saturday that they will revisit their policies in fighting corruption among the ranks of the Philippine National Police (PNP) as the nation’s police force will soon be led by a new police chief.

“When the very people supposed to protect our populace, people who are in charge in law enforcement become corrupt… so this is where we are concentrating now the Napolcom is trying to revisit all its policies, policies that we issued intended really to curb corruption and this is where we are now,” Napolcom Vice Chairman Rogelio Casurao said in an interview with ABS-CBN News Channel.

Recently, President Rodrigo Duterte said he will designate Lt. Gen. Archie Gamboa as the new PNP chief, replacing former PNP chief Gen. Oscar Albayalde, who stepped down from his post due to his alleged link to the issue of “ninja cops” or police officers found recycling seized drug evidence.

Currently, Gamboa is the officer-in-charge of the PNP, which has limited powers over the country’s police force. Gamboa said in a previous press conference that authority over PNP is still under review of Napolcom, which is being chaired by Interior Secretary Eduardo Año.

After pledging to appoint Gamboa, Duterte also said in his speech that he wants to have a “long talk” with Gamboa and Año.

With this, Casurao said the “long talk” would indicate that the President would want to discuss the corruption in the PNP.

“That was the very reason why the President wanted to have a long talk with him [Gamboa] in the area of corruption,” Casurao said.

As Gamboa takes the helm of the PNP, Casurao advised to make reformation of PNP as urgent, including eliminating corruption among PNP personnel, which will attribute to the success of government’s programs.

“The most urgent of course is the reformation of the values of the leadership of PNP because if all others will follow if people are corrupt-free then all the other programs of law enforcement will follow suit,” Casurao said.

“Try to reform ways of PNP. Try to eradicate the culture of wrong-doing because all other programs have to succeed because people who are in the organization are free of ill-intent,” Casurao added.