MANILA, Philippines — Two Filipinas, who were victims of human trafficking to Iraq, arrived in the Philippines on Friday, the Department of Foreign Affairs (DFA) said.

“The Philippine government shouldered their airfare and exit visa,” he added. 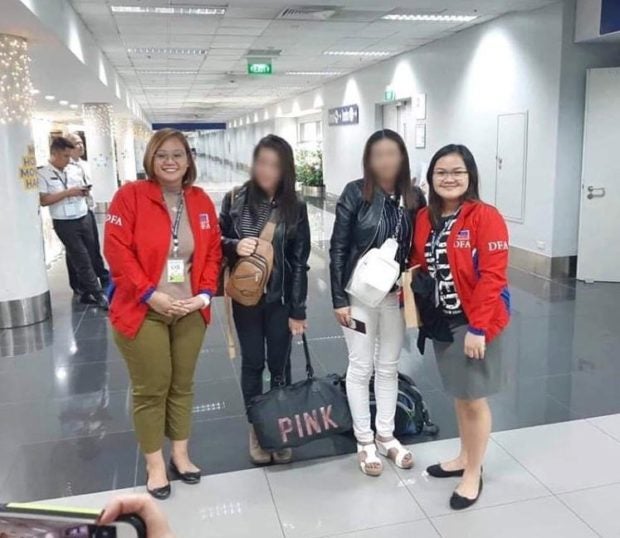 According to Menez, this brings the total number of repatriated Filipinos from Iraq to 15. The mandatory repatriation was declared on January 8.

DFA declared Alert Level 4 on Iraq due to escalating tensions in the Middle East.

For this, Filipinos in Iraq were urged to coordinate with the embassy as well as their respective employers for their immediate repatriation. DFA said they may secure their exit visas and plane tickets for their repatriation from their employers.

DFA earlier advised Filipino to cancel all travel to Iraq as tensions continue to rise in the region following the death of Iran’s top general in a U.S. airstrike near Baghdad’s airport.

President Rodrigo Duterte had also ordered the military to prepare its aircraft and ships for the possible repatriation of OFWs in the Middle East.