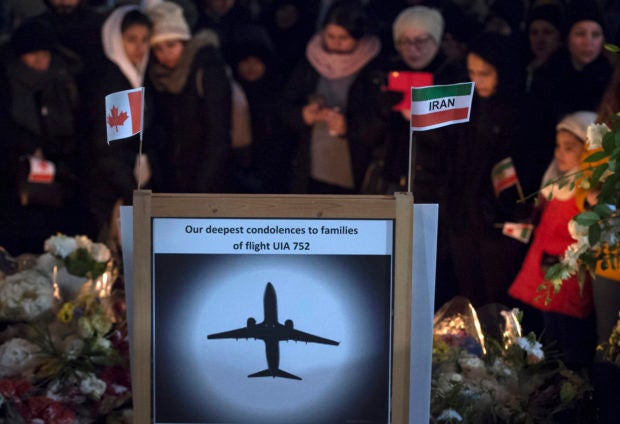 Mourners attend a memorial, Tuesday, Jan. 14, 2020, in North Vancouver, British Columbia, to remember Canadian victims in the deadly downing of a Ukrainian airliner the week before, in Iran. (Jonathan Hayward/The Canadian Press via AP)

Iran admits its air-defense forces shot the plane down, having not identified it as a commercial airliner.

All 176 people aboard were killed, including 138 people who were headed for Canada and 57 Canadians.

Transport Minister Marc Garneau said two Canadian investigators are in Iran as part of an international team and have been getting good co-operation, but he wants their participation in the probe formalized.

He said the plane’s “black boxes” are in Iranian hands, but another two investigators are ready to go wherever and whenever the recorders are examined.

Canada is organizing a meeting in London on Thursday with representatives from several countries that lost citizens in the crash, to co-ordinate dealings with Iran.

Universities across Canada, meanwhile, held a moment of silence Wednesday to honor the victims as many students, faculty and researchers from more than a dozen Canadian universities were among those who died.