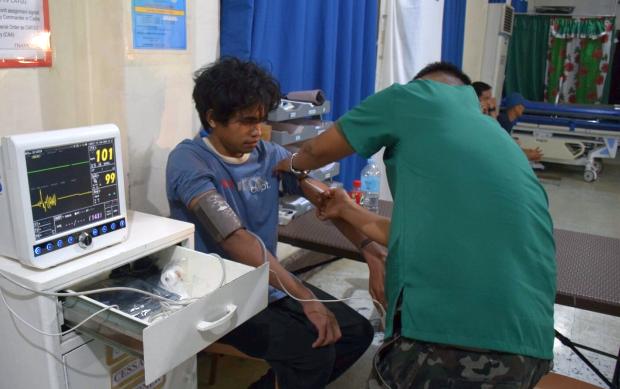 Muhammad Farhan gets a medical checkup shortly after being rescued on Wednesday, Jan. 15, 2020. (Photo from Western Mindanao Command)

In a phone interview, Vinluan told the Inquirer that Muhammad Farhan, 27, was rescued from his captors around 6:45 p.m. in Barangay Bato-Bato in Indanan town.

According to Maj. Arvin Encinas, spokesman of the Western Mindanao Command (Wesmincom), Farhan was taken to Kuta Heneral Teodulfo Bautista Station Hospital in Jolo for medical examination and was later flown to Camp Navarro General Hospital in Zamboanga City for further medical attention and custodial debriefing.

“We are very pleased with this remarkable accomplishment of our Joint Task Force Sulu,” Lt. Gen. Cirilito Sobejana, Wesmincom chief, was quoted as saying.

“This proves that our sustained rescue efforts and security operations to run down and degrade ASG have been very effective. Hence, this breakthrough will be sustained to thwart kidnappings, dismantle the terror group to bring about peace and sustainable development in Sulu,” he added.

Farhan is the last to be freed among three Indonesian fishermen who were snatched by the Abu Sayyaf bandits in Lahad Datu, Sabah on Sept. 23 last year, and brought to Sulu. 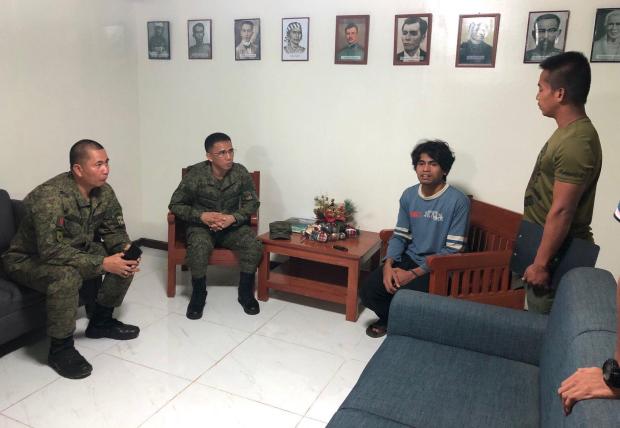 As they scampered, Farhan lost his way and ended up in the hands of the bandits again.

“We are happy that all the captives are now accounted for. Officially, Farhan is the last captive secured from his captors,” Vinluan said.

The Abu Sayyaf is notorious for its kidnap-for-ransom activities in Sulu and its nearby waters. Most of its factions have pledged allegiance to the Islamic State.