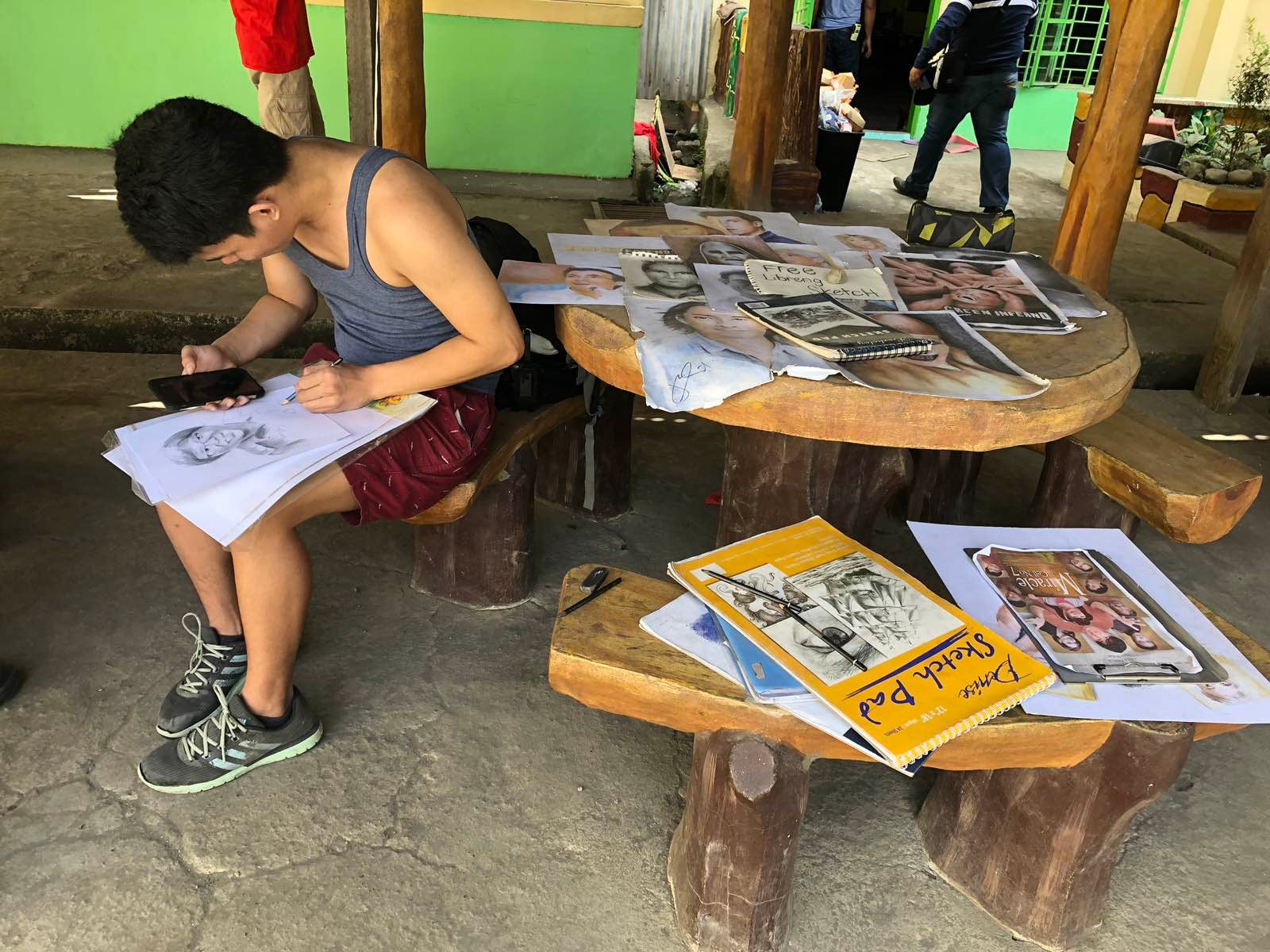 BATANGAS, Philippines — Despite experiencing the same trauma and fear of the recent eruption of Taal Volcano, Maiko Aquino used his talent to create art for his fellow residents in Batangas who are taking refuge at an evacuation center.

The 23-year-old aspiring artist drew faces of victims who were displaced after the Taal Volcano eruption just three days ago. 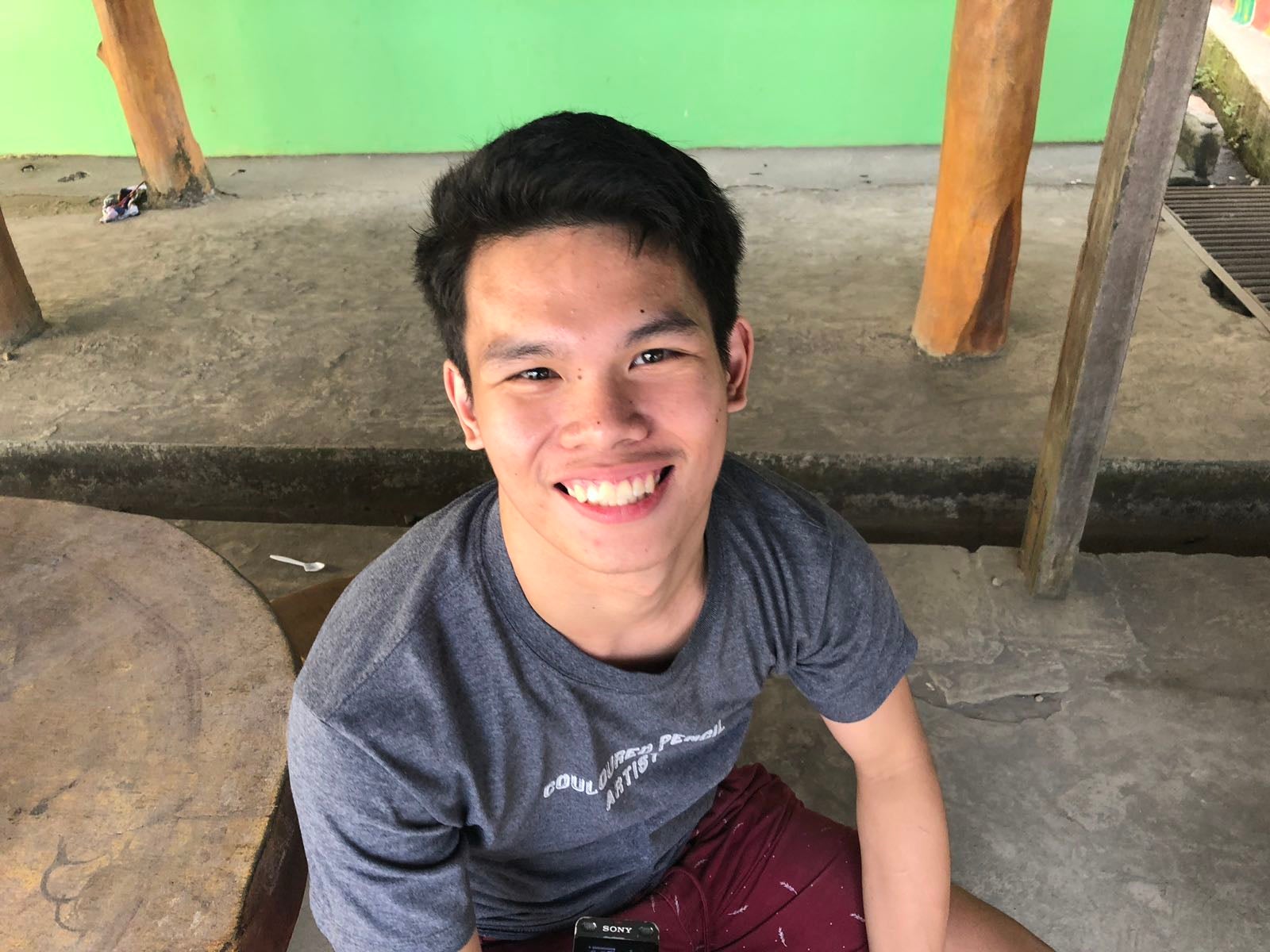 A smiling Maiko Aquino greets evacuees, who are waiting to have their faces drawn by the talented aspiring artist. /Consuelo Marquez, INQUIRER.net

Using a sketch pad and a charcoal pencil, Aquino focused on sketching the portraits of the evacuees who later turned excited after seeing their faces printed on a piece of paper. Some of his works were also displayed at the center including portraits of well-known politicians and movie posters.

Aquino looked simple, wearing worn-out rubber shoes and a plain shirt. But he was approachable and vibrant for distressed evacuees.

He hoped his sketches would inspire volcano eruption victims, especially children, and somehow alleviate their sorrows.

“I am not doing this for impression. I want to help other children who would want to become artists or learn how to draw,” Aquino told INQUIRER.net in Filipino.

“I am really doing this for those who were affected by the volcano eruption. I was a commissioned artist before but now I am doing it for free to bring happiness for the victims,” he added.

Maiko Aquino, 23, draws portraits for victims of Taal Volcano in Batangas. He hopes he can bring happiness and entertain victims who were displaced after Taal Volcano acted up three days ago. pic.twitter.com/NN6363fROK

Before sending out free sketches for victims, Aquino is a commissioned artist, creating artworks tasked by different individuals to earn money for his education. 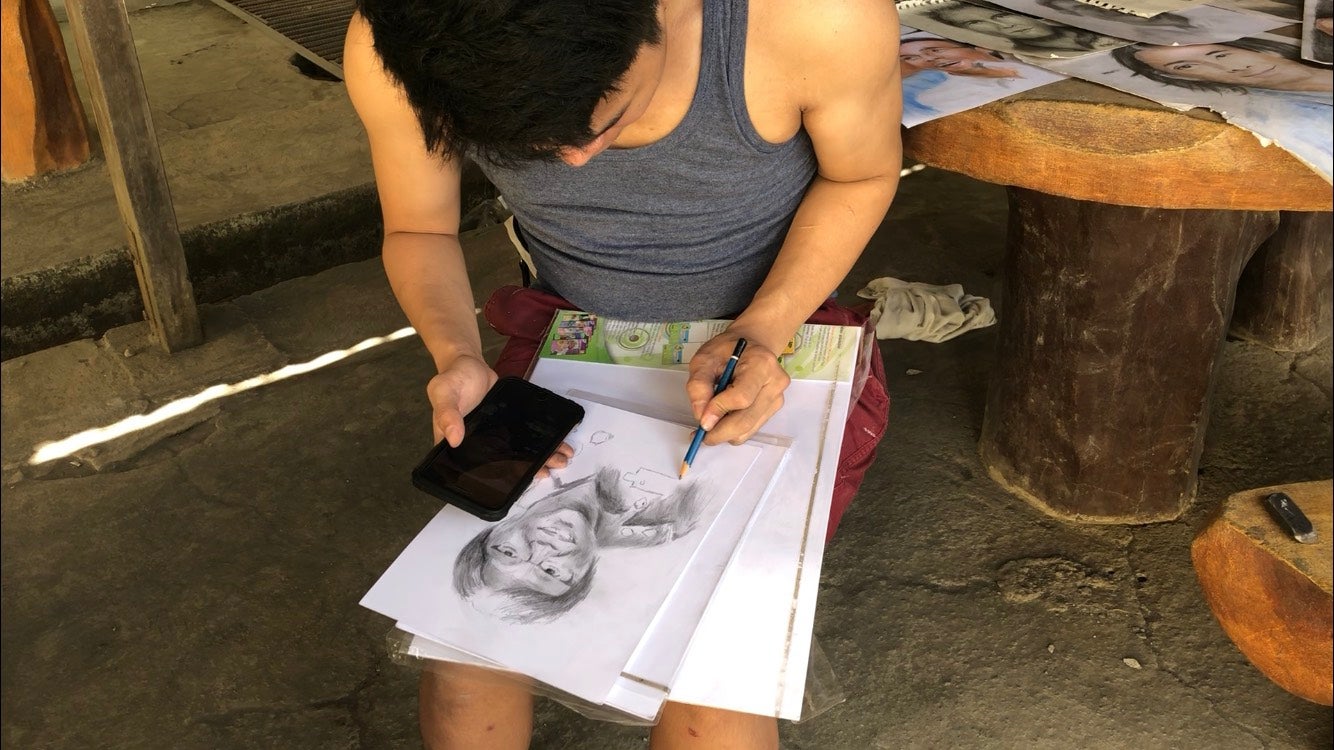 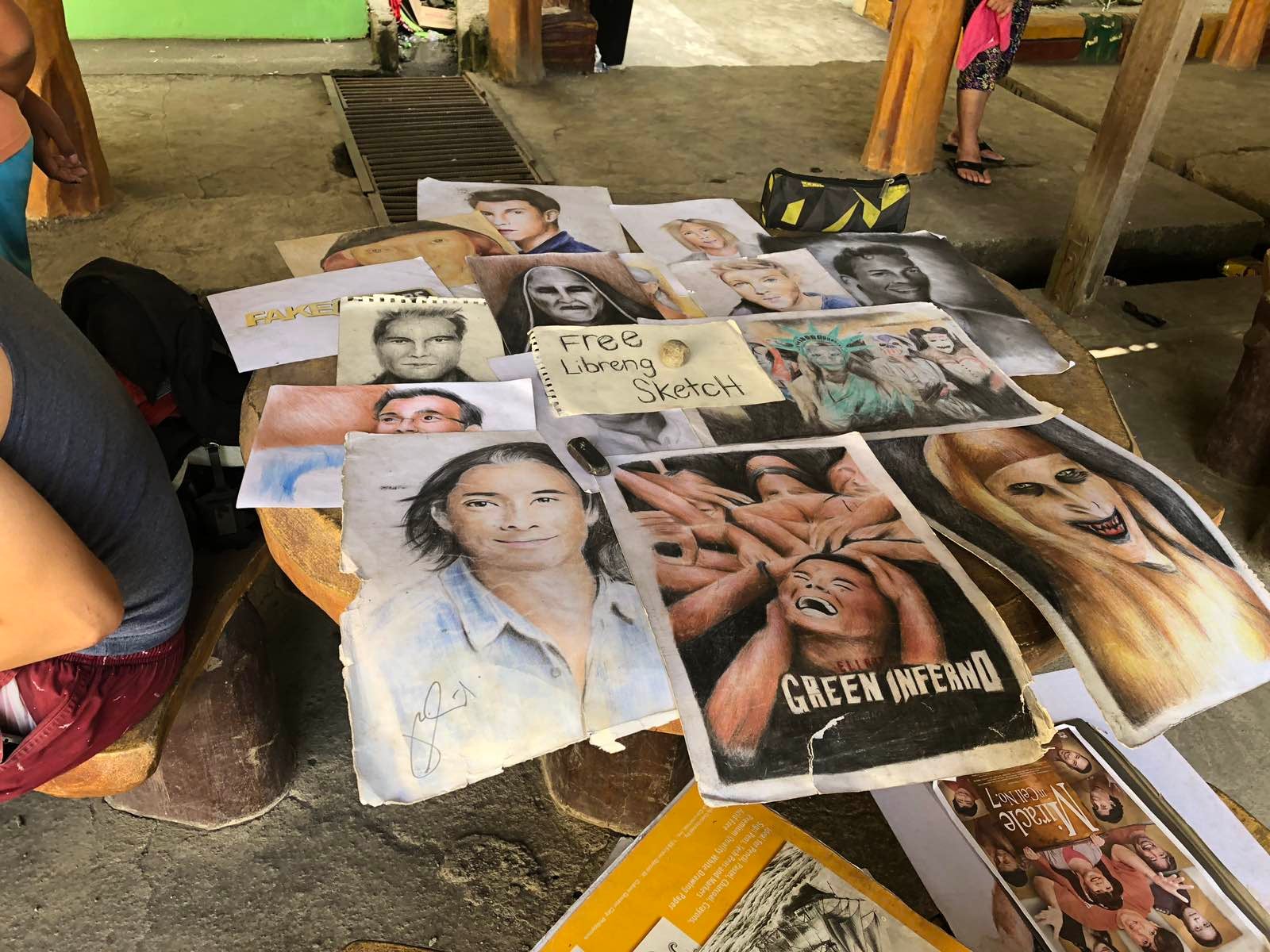 After graduating from high school, Aquino failed to enroll in college because he had no money. He said he was hoping to take up a degree in Fine Arts possibly at a school near Batangas or Laguna.

Aquino, a resident of Santo Tomas town in Batangas, became selfless for villagers in Batangas who were gravely affected in the crisis. He said he is visiting the General Malvar Memorial School in Santo Tomas to help his mother, who is a volunteer at the evacuation center, which is home to over 1,800 evacuees.

Aquino and his family also took a hit from the volcanic eruption. He was in Calamba, Laguna when he first heard that Taal Volcano was acting up. His sister even called him up to return home immediately to ensure his safety.

“I was so scared because I was in Calamba, Laguna when the disaster happened. It was Sunday afternoon and I was puzzled on why the skies were dark and there was so much smoke,” he narrated in Filipino. “My elder sister had to call me and ordered me to return home because the Taal Volcano suddenly erupted.”

Aquino’s family regularly clean their house and take care of their pet animals that are experiencing health risks and panic posed by ashfall from the eruption. But despite several chores at home, Aquino and his mother opted to help those unfortunate victims of the calamity.

Just like Aquino, Fe Flores, another resident of Santo Tomas town, visited her relatives at the evacuation center to ensure donations are given.

“We brought them banig [mats] and hygiene kits for our relatives from Talisay town who were displaced due to the eruption of Taal Volcano,” Flores, 53, told INQUIRER.net in an interview.

Flores insisted to donate items for their relatives despite she and her family have been also affected by the eruption. She said her family is experiencing minor earthquakes since the volcano started spewing lava. To recall, state seismologists recorded a series of earthquakes in Batangas, which caused by Taal Volcano’s activities. 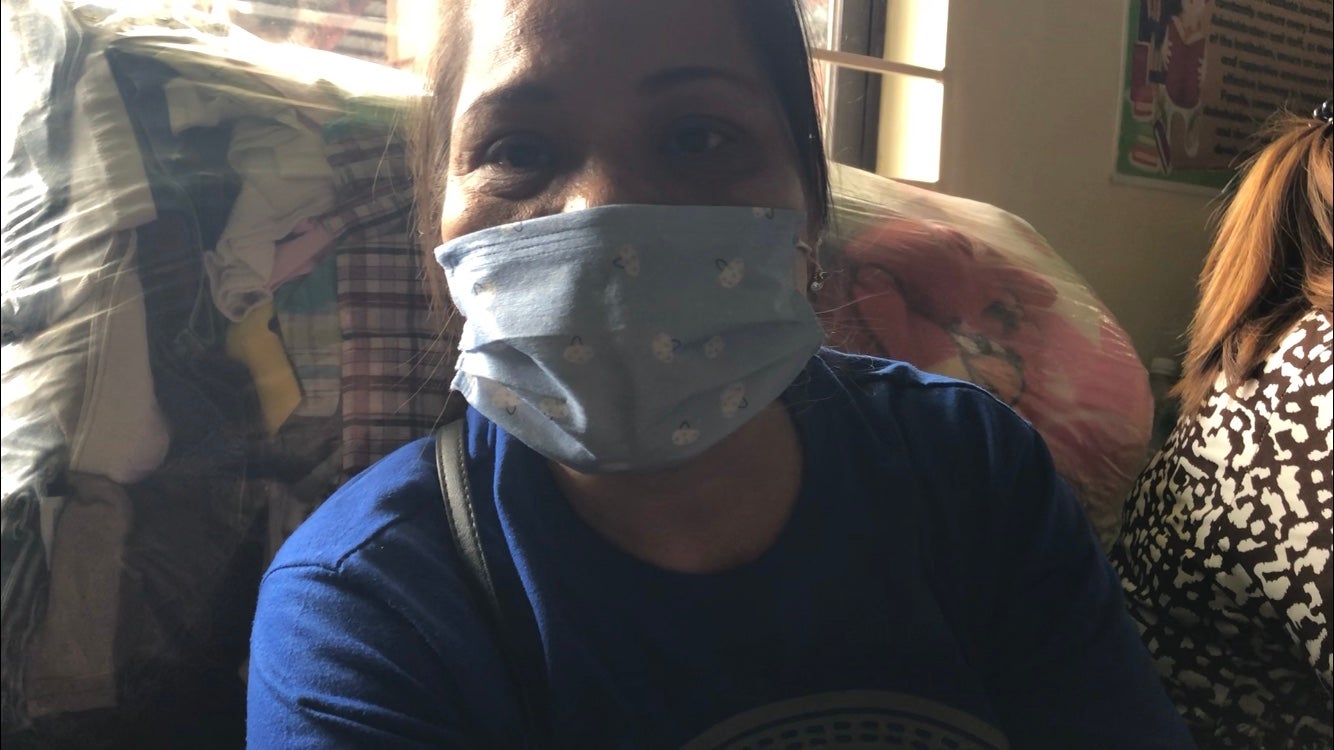