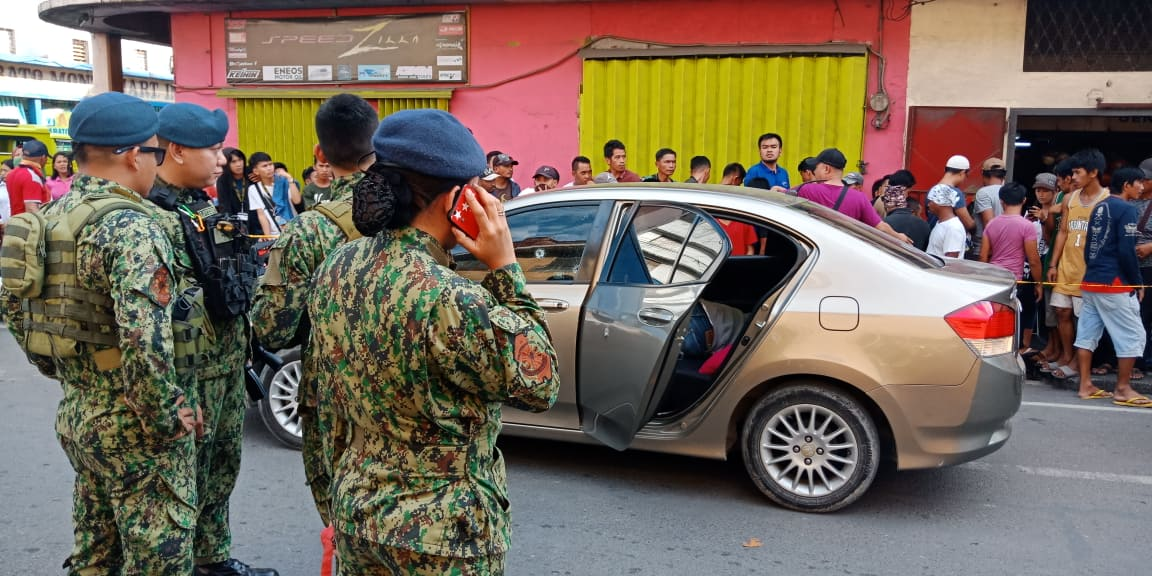 The car where two men were wounded, one fatally, following a gunfight with another group of armed men along a busy street in Cotabato City on Jan. 15. PHOTO FROM COTABATO PNP

COTABATO CITY—-Unidentified gunmen traded shots in the middle of a busy road in this city’s commercial district on Wed (Jan. 15).

Scene of the crime operatives found two caliber .45 pistols and spent shells inside a silver sedan carrying a slain gunman, and a wounded one.

The car had a police commemorative plate.

The police report said two men in another vehicle traded shots with the victims.

Because of the commemorative plate on the car, investigators are determining if the victims were police officers from another area.