China: Possible that new virus could spread between humans 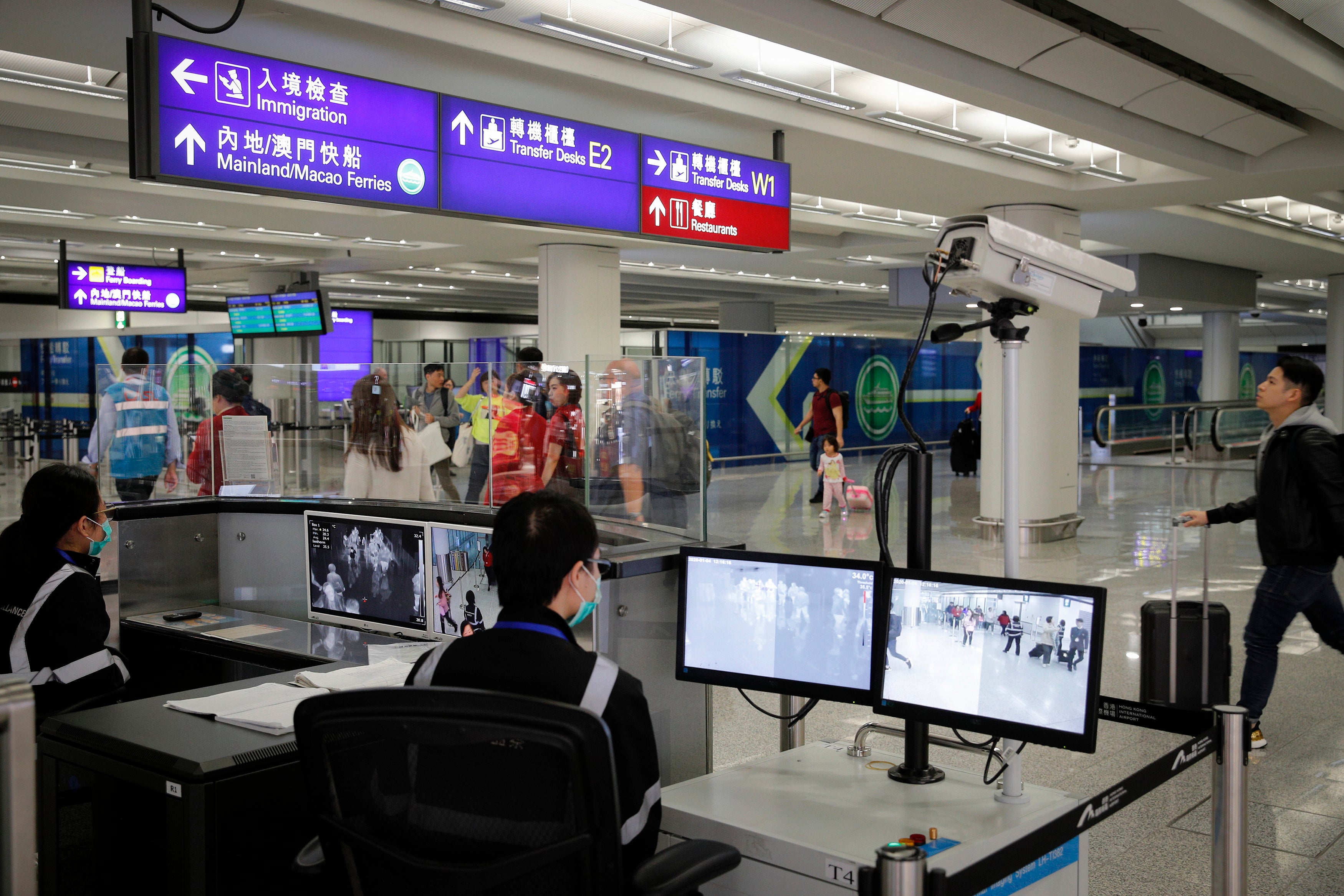 FILE – In this Jan. 4, 2020, file photo, health surveillance officer use temperature scanner to monitor passengers arriving at the Hong Kong International airport in Hong Kong. The possibility that a new virus in central China could spread between humans cannot be ruled out, though the risk of transmission at the moment appears to be low, Chinese officials said Wednesday, Jan. 15, 2020. (AP Photo/Andy Wong, File)

BEIJING  — The possibility that a new virus in central China could spread between humans cannot be ruled out, though the risk of transmission at the moment appears to be low, Chinese officials said Wednesday.

Forty-one people in the city of Wuhan have received a preliminary diagnosis of a novel coronavirus, a family of viruses that can cause both the common cold and more serious diseases. A 61-year-old man with severe underlying conditions died from the coronavirus on Saturday.

While preliminary investigations indicate that most of the patients had worked at or visited a particular seafood wholesale market, one woman may have contracted the virus from her husband, the Wuhan Municipal Health Commission said in a public notice.

The commission said the husband, who fell ill first, worked at the Huanan Seafood Wholesale Market. Meanwhile, the wife said she hasn’t had any exposure to the market.

It’s possible that the husband brought home food from the market that then infected his wife, Hong Kong health official Chuang Shuk-kwan said at a news briefing. But because the wife did not exhibit symptoms until days after her husband, it’s also possible that he infected her.

Chuang and other Hong Kong health officials spoke to reporters Wednesday following a trip to Wuhan, where mainland Chinese authorities briefed them on the outbreak.

The threat of human-to-human transmission remains low, Chuang said, as hundreds of people, including medical professionals, have been in close contact with infected individuals and have not been infected themselves.

She echoed Wuhan authorities’ assertion that there remains no definitive evidence of human-to-human transmission.

The outbreak in Wuhan has raised the specter of SARS, or severe acute respiratory syndrome. SARS is a type of coronavirus that first struck southern China in late 2002. It then spread to more than two dozen countries, killing nearly 800 people.