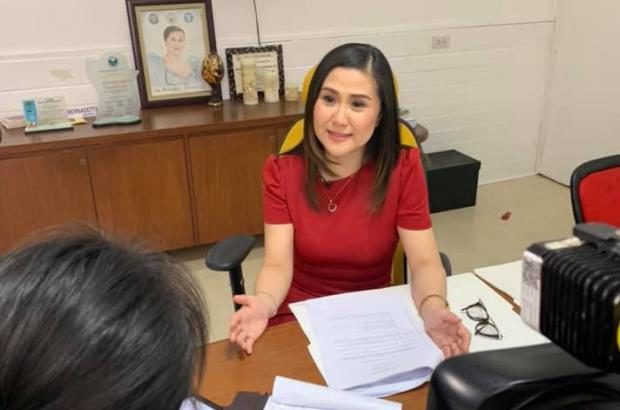 MANILA, Philippines — In view of power outages following the eruption of Taal Volcano, a party-list lawmaker called anew for the passage of a bill on nationwide underground cable system.
Bagong Henerasyon Rep. Bernadette Herrera-Dy made the call as she underscored the importance of continuous power supply in helping communities affected by calamities bounce back more efficiently.

“Metro Manila and surrounding highly-urbanized areas, it seems, have not realized they are being left behind by more progressive governance elsewhere,” Herrera-Dy said in a statement.

The local government units (LGUs), Herrera-Dy said, can enact local ordinances and need not wait for the national government to enact a law.

“Simply put, the LGUs can do the job faster, with a bit of help from the national government,” she added.

The proposed bill mandates all companies, service providers, industries, and other similar entities that use wires and/or cables, especially those that are engaged in business of providing telephone cable, internet services and port supply to the public, to relocate and/or install their wire cable system underground.

“In HB 5845, I propose that the private sector bear the full cost of the underground cable system because the annual budget cannot bear that burden,” Herrera-Dy said.

“For government to do it, there has to be affordable foreign financing from multiple sources and possibly, the issuance of bonds—bonds like the reconstruction bonds issued after the Luzon earthquake of July 1991,” she added.

The process of underground cabling, Herrera-Dy said, can be done in phases for a 10-year period.

“Not only is underground cabling more secure from volcanic ash, strong winds, and floods, it would also enhance the architectural beauty of cities and towns, make them more livable environments,” the lawmaker said.