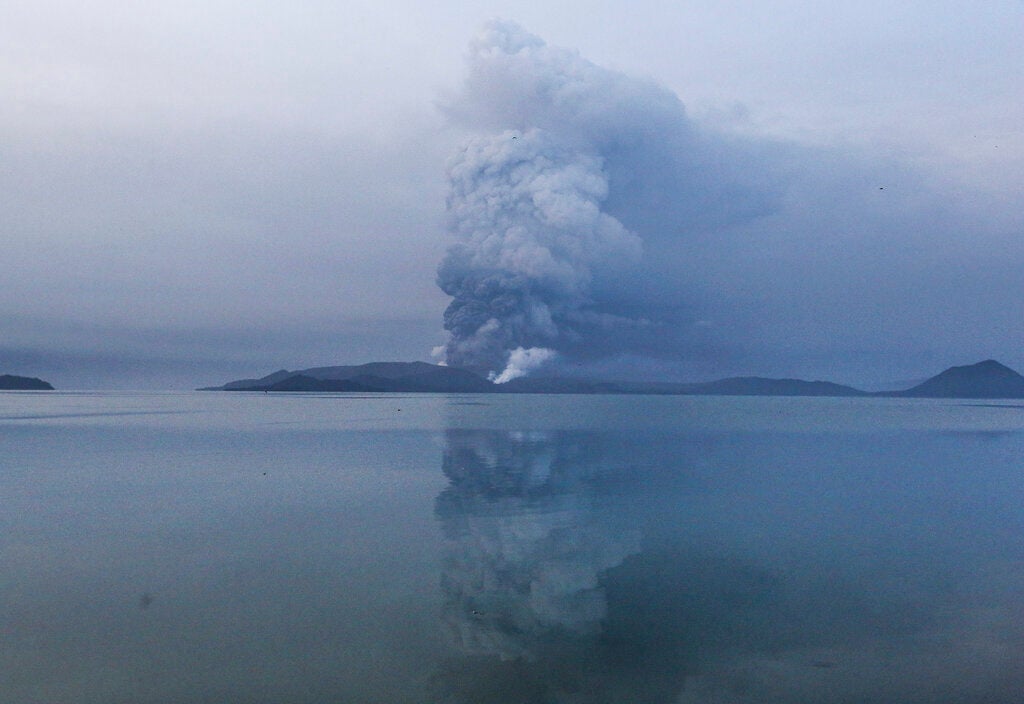 Taal volcano spews ash in view from Batangas on Monday. Red-hot lava gushed out of a volcano  as thousands of people fled the area through heavy ash. Experts observe the lava fountain has weakened.  (AP)

MANILA, Philippines – Specialists of the Philippine Institute of Volcanology and Seismology (Phivolcs) observed that the Taal Volcano’s lava fountain weakened as of Monday night.

However, they also warned the public especially residents of towns in Batangas and Cavite that it is not a sign that the restive volcano — which erupted on Sunday afternoon — is slowing down and safe again.

“The lava fountaining we have observed, now we cannot see it based on the observations of our personnel on the field,” Phivolcs’ science research specialist Jerome de Lima said in an interview with DZMM on Tuesday morning.

“It’s unlike yesterday where it suddenly spewed lava.  As of now, this brief silence shouldn’t be considered as a sign Taal Volcano is calming down. We should still be cautious because the Taal Volcano’s activities may change in the coming days,” he added.

Geologists and volcanologists generally consider lava fountains as a sign that a hazardous eruption is imminent.  Phivolcs raised Alert Level 4 on Taal Volcano last Sunday, after it emitted ash clouds that reached as far as Metro Manila, and Central and Northern Luzon. 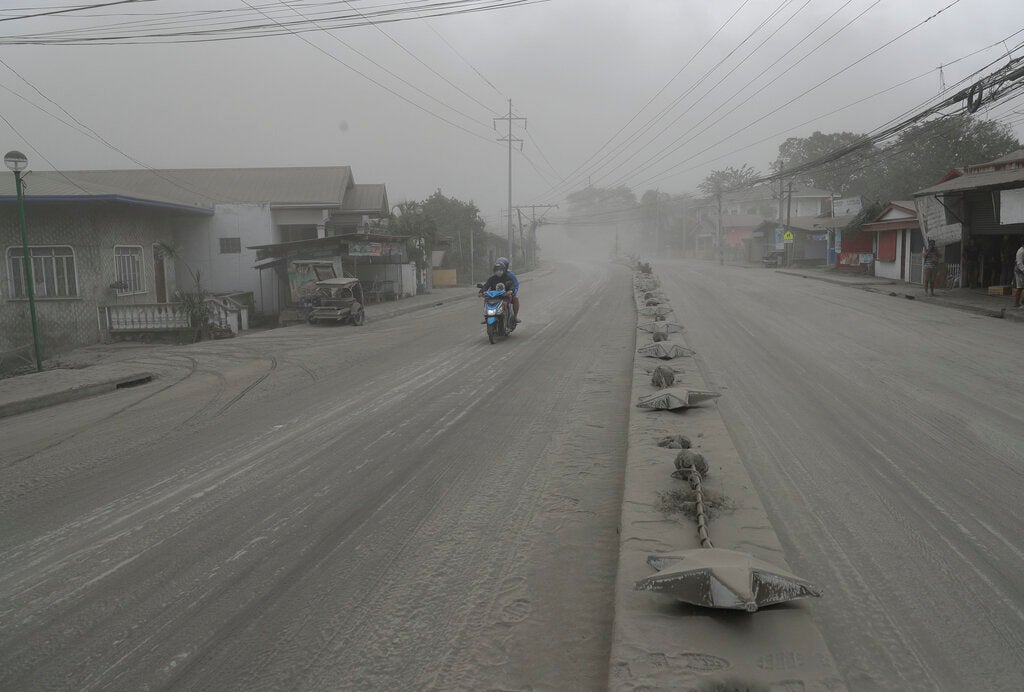 A man negotiates a road covered with ash in Lemery, Batangas on Monday. (AP)

According to Phivolcs’ classifications of alert levels for Taal, Alert Level 4 is characterized by “intense unrest, continuing seismic swarms, including harmonic tremor and/or low frequency earthquakes”.

De Lima said that the direction of the ash clouds also changed, with winds moving southwest to west, therefore possibly affecting the Batangas towns of Cuenca, Lemery, and Taal.

Earlier, it was reported that more than 40 earthquakes have occurred in Batangas and Cavite towns since the Magnitude 4.0 in Talisay, Batangas on Monday night was recorded.

Earlier, Phivolcs science research assistant Benz Rodriguez said in a radio interview with DZMM that even if the Talisay earthquake was tectonic by origin, the series of earthquakes were mostly caused by the activities of the Taal Volcano. 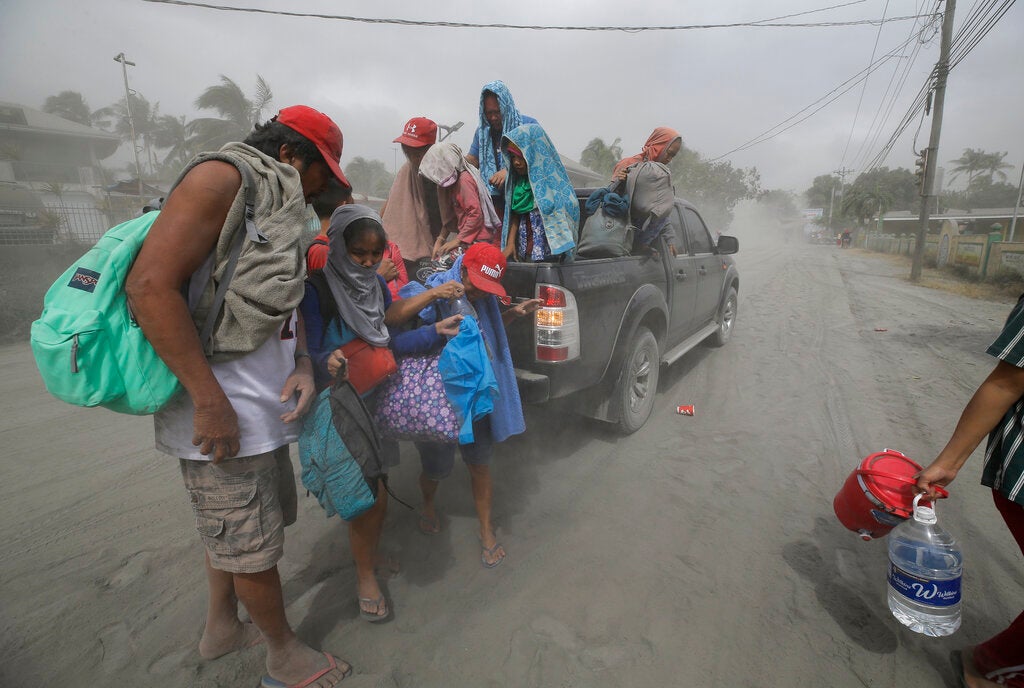 Read Next
More than 40 quakes hound areas reeling from Taal Volcano’s eruption
LATEST STORIES
After winning title, time for LA Tenorio to give back to Batangas folk
‘Mia’: Rom-com with a cause a career-boosting showcase for Coleen Garcia
No.13 lucky for Orlando Bloom
The ties that bind: Why the guys of Black Eyed Peas prefer to stay together
How Yam handles flirtatious guys
MOST READ
Nadine Lustre’s phone stolen in Brazil
Will you be the first P16 Billion Powerball jackpot winner from the Philippines?
Gretchen Barretto’s daughter Dominique graduates magna cum laude from California college
Ginebra beats Meralco again to capture PBA Governors’ Cup title
Don't miss out on the latest news and information.