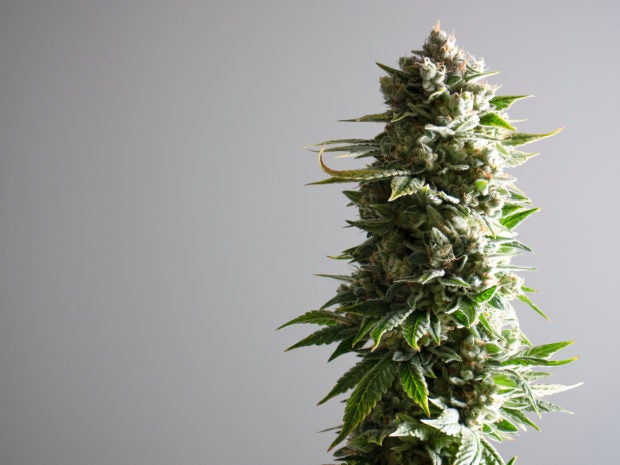 After growing complaints about marijuana odor in a town in the United States, a city council decided to buy an odor-detecting device designed to track down marijuana plants.

Members of the Bessemer City Council voted for the purchase of the Nasal Ranger last Monday, Jan. 6. The town also intends to tackle an ordinance related to growing marijuana, to address citizens’ complaints, The Daily Globe reported on Jan. 7.

Only the city mayor Adam Zak cast an opposing vote for the odor-detecting device which will cost $3,400 (over P170,000), and will also cover cost for training on its use.

The mayor explained that he would prefer if the council explored how the equipment could help at any potential legal proceedings first.

“It would be a shame to spend money and not have it hold up in court,” Mayor Zak was quoted as saying.

Some authorities claim that the equipment is necessary. Council member Linda Nelson noted that “the city of Bessemer stinks,” adding justification to a purchase of the device.

“You can smell marijuana everywhere,” she was quoted as saying. “We’ve got people who can’t sit in their backyard because the smell from their neighbor is so bad.”

Council members also discussed the possibility of reducing costs by sharing the equipment with another city. However, a member disagreed on the idea, as the targeted odor they need to track down might dissipate before they could access the equipment again.

Michigan’s 2018 law has cleared the way for homegrown marijuana. In the entire state, marijuana could be used for recreational purposes as per Associated Press on Jan. 10. Meanwhile, in Bessemer, the odor problem comes when the plants are in bloom in the warmer months.

The town’s city manager Charly Loper also said the Nasal Ranger could also be used to check on other bad air-related complaints, but tracking down the marijuana stink would be its main purpose. Cha Lino/JB

Read Next
Drug suspect slain in shootout with Nueva Ecija cops
EDITORS' PICK
Acer starts the year off strong with the Aspire Vero National Geographic Edition
Gov’t eyeing COVID-19 tests in pharmacies
Gear up and get ready to play with Yamaha Mio Gear
31,173 new COVID-19 cases push PH’s active tally to 275,364
Municipal court in Pangasinan sets arraignment for ‘Lolo Narding’
Mobile COVID-19 vaccination for commuters, transport workers set at PITX
MOST READ
Imelda Marcos trends on Twitter after octogenarian jailed for allegedly stealing mangoes
Octogenarian jailed for ‘stealing mangoes’ freed after people chip in for bail
If elected VP, Sara Duterte will push for mandatory military service for all Filipinos
Help pours in for octogenarian jailed for ‘stealing’ mangoes in Pangasinan
Don't miss out on the latest news and information.